‘Antioxidant’ is one of those terms that has become as much a corporate buzzword as a scientific term. So, you could be forgiven for wondering whether an antioxidant is actually useful, or whether it’s just another marketing ploy. The good news is that an antioxidant is very much a real thing, and our bodies can benefit from them in a number of ways.

Here are some of the simplest things you can do to give your diet and antioxidant boost.

If you are anything like us, you don’t need an excuse to eat more chocolate. However, as it turns out dark chocolate, in particular, is a great way getting some much-needed antioxidants into your diet. Plain chocolate isn’t bad in this regard, but dark chocolate is especially loaded with the goodies that you want. Not only this, but dark chocolate also contains a number of other minerals that are considered to be beneficial.

Celery is another food that offers a number of health benefits in addition to the large amount of antioxidants it contains. First and foremost, the source of celery’s antioxidant properties is vitamin C. Celery contains a lot of Vitamin C along with beta carotene and flavonoids. These substances are all powerful antioxidants and contribute to the beneficial effects of celery.

Celery has also been shown to reduce inflammation effectively, although the mechanism by which this is achieved is poorly understood. Other health benefits of celery included the protective effect it appears to have on the digestive tract, especially the stomach.

It’s easy enough to work celery into most diets but these small packets of celery powder are a simple and efficient way of ingesting as much of the goodness in celery as possible.

Strawberries are some of those universally loved foods. They’re up there with chocolate in terms of their appeal, so it’s certainly good news to hear that they too are loaded with antioxidants. As with similar fruits and vegetables, strawberries contain a lot of Vitamin C, and it is this that is primarily responsible for their antioxidant effect.

Strawberries get their red color from substances known as anthocyanins. These are potent antioxidants and strawberries that have the highest anthocyanin in the content have the brightest red in color.

Adding more antioxidants to your diet doesn’t have to be difficult. In fact, if you were to treat yourself to a dessert of dark chocolate and strawberries once a week, and you can work out some other fruit-based desserts, you could easily get all the antioxidants you need without having to add lots of calories to your diet. 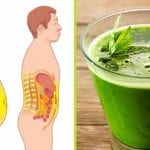