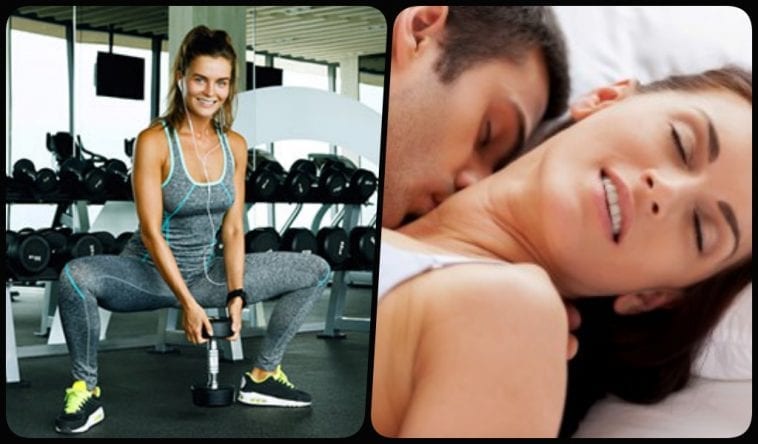 
Sex may well be one of the best activities there is to do. Think about that intense levels of pleasure and satisfaction you experience, and that sudden relaxation that comes after an orgasm. For some people, however, sex is not as pleasurable, but rather something they fear and do not look forward to. Sexual problems are more common than most think, with erectile dysfunction affecting up to 10% of young men and over 22% of men over 40 experiencing this sexual problem, as reported by the Boston University School of Medicine. There are other sexual problems that men can also suffer from, including premature ejaculation, delayed ejaculation, inhibited ejaculation and a low libido.

It is not only sexual dysfunctions that affect a man’s performance during sex. Not being physically fit can lead to poor energy and stamina levels. Stamina becomes essential for a man during sex, and when his stamina runs out, he will become tired, unmotivated and may even lose his erection. Mental health also plays a crucial role in a man’s overall sexual performance. When an episode of depression strikes, sex may be the last think on a man’s mind. These all contribute to poor performance during sex. Today, we are here to bring you some good news – there are ways you can improve your sexual performance, starting right now, in order to deliver a more potent experience to your sexual partner. We’ll share some of the most useful strategies you can use, from Kegel exercises for men to hitting the gym more often to help you build better strength.

Workout Steps That Will Give You A Boost In The Bedroom

Frequent physical exercise does not only contribute to a leaner, more attractive physique (which is definitely a plus in the bedroom), but also has numerous benefits for your overall performance during sexual intercourse. When it comes to sexual intercourse, it is important to know that numerous workout techniques can be used to build more muscle mass; thus increasing physical strength, as well as to improve erectile quality and even make you last longer during sex. Let’s take a look at five workout steps that you can take in order to experience a significant boost in your abilities in the bedroom.

1. Focus On Your Pelvic Floor Muscles

Doing Kegel exercises is quick and easy, and they can be done at any time, regardless of where you are. This is the good thing about Kegels – no one will even know you are doing them. Mayo Clinic advises that the first step is to find the pelvic floor muscles, which can be done during urination – it is the muscles you use to stop urinating midstream. Thereafter, you should tighten these muscles, hold and relax – this technique should be repeated around three times daily for best results.

2. Do Some Ejaculation Control Exercises

Premature ejaculation is the most common type of ejaculatory disorder, and can be extremely unpleasant when a man ejaculates before both he and his sexual partner has experienced a significant amount of satisfaction during sex. For some men, premature ejaculation is an infrequent problem, but for others, it may be more persistent. Lasting longer during sex is something most men desire, and by practicing the right types of ejaculation control exercises, men are often able to achieve this goal.

READ ALSO:  10 Kegel Exercises That Will Make You Boost Your Endurance Level

Kegel exercises, as described previously, are known to help men better control their ejaculations by strengthening the pelvic floor muscles. This may help the man in preventing an ejaculation when he feels like he is reaching close to an orgasm. Apart from Kegel exercises, other techniques can also be utilized in order to prevent premature ejaculation and last longer during sex. Private Gym explains that some effective techniques that can be used along with Kegel exercises include:

3. Hit The Gym For Some Strength Training

The gym is an excellent place to do some strength training, which can be beneficial for both men and women who find they can use a boost in the bedroom. Strength training includes a variety of exercises, such as weight lifting and more. By frequently participating in these exercises, muscle tone and physical strength can be greatly improved, which aids in providing you with better results during sex. For men, strength training also means a boost in testosterone, which is a sex hormone that plays a vital role in overall male sexual health, as well as in a man’s sex drive.

Strength training does not only directly influence the overall sexual performance of a person, but also has several indirect ways it helps as well. With strength training comes a leaner physique – for men, this often includes the “alpha male” factors. This, in turn, can lead to an impressive boost in confidence, and we all know that confidence is important in the bedroom. Strength training will also allow for new sex moves to be performed that the man might not have had enough strength for previously.

4. Run For Greater Endurance And Stamina

Strength training goes hand-in-hand with cardio exercises. By combining these two types of activities, greater benefits can be experienced inside and outside the bedroom. Cardio exercises are beneficial for the human body as they help to increase lung capacity and boost overall blood circulation. Both of these benefits offered by cardio exercises go a long way during sexual intercourse. The increase in lung capacity will allow a person to last for a considerably longer time during sex, which is beneficial as most people desire sex that lasts longer.

Blood circulation problems are the primary cause of erectile dysfunction in men. When blood flow is boosted in the body, a man may be able to overcome certain symptoms they are experiencing, such as weak erections or an erection that does not last long enough for sexual intercourse to be truly pleasurable. More blood flow to the penis may also cause the man to experience a stronger erection, which might make penetration more satisfying for his sexual partner. It should also be noted that the increased blood flow can lead to more sensitivity on the penis, which may also ensure that the man experienced elevated levels of pleasure while he is participating in sexual activities with his sexual partner. Along with strength training, cardio also leads to a leaner physique, which further boosts confidence and self-esteem – including sexual confidence.

5. Don’t Overlook The Benefits Of Yoga

Finally, we want to stress the importance of yoga for improving sexual health. Yoga is an ancient technique that is used for many different purposes – including for improvements in the bedroom. Yoga will not only provide improvements in body composition and physical strength, but will also act as prostate exercises to improve the pelvic floor muscles and to ensure more blood can be rushed toward the penis during an erection. There are many different yoga moves that have been proven to be beneficial for both men and women. These exercises are easy to do, and yoga is a very beneficial practice to master – it helps the entire body relax and also helps to significantly reduce the damaging effects of stress on the body.

Well And Good explains that particular yoga poses that people can do in order to help them experience improvements in their abilities during sexual intercourse include:

SEE:  These 7 Kegel Exercises Will Help You Strengthen Your Pelvic Floor Muscles in No Time!

Sex can become dull and boring when you are not able to get in the mood or last enough for both you and your partner to have a great time. Physical fitness has both physiological and psychological advantages to contribute to your overall life, as well as your performance in the bedroom. By including the five steps we outlined here into your daily lives, you will quickly start to notice improvements in your sex life, including a boost in libido and sexual stamina. Combining these steps with best male enhancement supplements like Prelox can further improve your abilities in the bedroom. 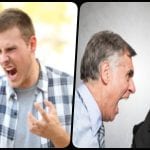 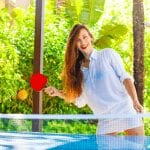