Intro: The cable front raise is a brutally effective shoulder movement which allows you to isolate the anterior deltoid head while requiring minimal dynamic assistance from other muscles. While both dumbbells and cables offer the benefit of working the shoulders in a unilateral way that ensures equal resistance and reverses any muscle imbalances, the use of cables for the front raise brings another benefit to the table – continuous resistance throughout the movement. Besides working the anterior delts, the exercise also requires the activation of a number of stabilizing muscles such as the trapezius, erector spinae, biceps, rotator cuff and serratus anterior. How to: Select the weight you would like to use on a low pulley machine and grab the single hand cable attachment with your left hand. Stand in a shoulder-width stance and place the non-working hand on your hip for better balance. Your torso should be stationary all throughout the movement, while the knees should be bent slightly. With the hand cable attachment in front of you at arm length, powerfully raise the cable up and out in front of you until your upper arm becomes parallel with the working shoulder, maintaining a flat back. To ensure maximum safety and avoid injuries such as shoulder impingement, slightly turn your thumbs in the air as you approach the high point of the movement, instead of keeping your palms facing down. Exhale as you execute this portion of the movement and pause for a second at the top to squeeze the working muscles.  As you inhale, lower the arm back down to the starting position and repeat for the number of desired repetitions, then switch arms and perform the exercise with the right arm.

READ: One Exercise For Massive Shoulders

Intro: The push press has made a slow but mighty comeback in recent years and thank god for that because it’s one of the finest shoulder moves ever invented by man – it allows you to handle more weight than the strict shoulder press, combining a heavy overhead action with an adequate amount of momentum, but at the same time it’s not as difficult to master as the push-jerk. Unlike most other overhead upper body exercises, this move requires the exercise to be initiated by the legs, thereby allowing you to utilize bigger, more challenging loads. Besides helping you develop tremendous amounts of upper body strength, the push press will condition your rotator cuff and strengthen your abs and it has a strong direct carryover to the shoulder press and the bench press. Performing movements like this one will ensure that your muscles are exactly as strong as they look. Pretty neat, right? How to: Stand with feet at shoulder width apart, grab a barbell and hold it with an overhand grip that is a little narrower than shoulder width apart, palms up and elbows pointed forward. Your upper arms should be almost parallel to the floor. Pull the barbell just above your shoulders with elbows close to your body, then lower your hips and bend your knees in a half-squat position. Explosively drive your legs and hips upward and extend your arms to press the weight over your head with a full elbow extension. Make sure you don’t hyperextend the lower back at the lockout position and maintain a neutral arch in your spine throughout the move. Hold for a moment at the top, then lower the bar back to its resting position on your upper chest area.

Intro: For starters, we’ll agree with most Smith-haters that free weight barbell moves are generally superior to machine exercises. But, when used smartly, the smith machine can help you beat sticking points and crush plateaus, practice proper form in a safer context and even improve the biomechanics of certain lifting exercises, resulting with a more efficient performance. In the case of upright rows, performing them on a Smith machine is almost like using a bar except that it won’t let you cheat, which is a major plus. Therefore, you won’t be able to use the same amount of weight with the Smith machine as you would with the regular upright rows, but that’s alright because the lack of cheating will ensure adequate overloading of the targeted muscles. Additionally, using a Smith machine provides a single plane of vertical motion and constant pressure on the shoulders, which will emphasize your shoulder gains even further.

SEE: One Simple Exercise to Improve Posture and Relieve Back Pain How to: Set the bar on the Smith machine to a height that’s approximately the middle of your thighs. With feet at shoulder width apart, position yourself in the middle of the smith machine and grasp the bar with a pronated grip that is a few inches wider than shoulder width apart. Flex your shoulders and lift the bar straight up toward your chin, nearly touching it, while keeping it as close to your body as possible. There should be a slight bend at the elbows, which should be higher than the wrists at all times, and the back should remain straight. However, if you want to emphasize the side delts, pull the bar up until your elbows and forearms are almost parallel to the floor. Hold the top position for a second, then slowly lower the bar down to the starting position. Always use proper form, avoid jerking and swinging and be careful with how much weight you use – using too heavy weight will harm your form and increase the risk of shoulder injury. 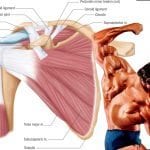 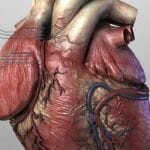