If you’ve never taken or heard of black seed oil, it’s not too late to start using it. Black seed oil is all natural and has numerous health benefits, including increased fertility, assistance in addiction recovery, and even reducing the likelihood of cancer.

Black seed oil has many other names, its proper botanical one being the Nigella sativa. Other names include black cumin, Roman coriander, nutmeg flower, and kalonji. There are many other names for this disease-fighting seed, and yet “the holy grail of holistic health” isn’t one of them. Black seed oil’s health benefits come from its makeup, which consists of phytochemicals––which are also called phytonutrients––thymoquinone, thymolhydroquinone, and thymol. The dictionary definition of a phytochemical/nutrient is “various bioactive chemical compounds found in plants, such as antioxidants, considered to be beneficial to human health.” The Egyptian Journal of Biochemistry & Molecular Biology found that thymoquinone, thymohydroquinone, and thymol live up to the definition since the three phytochemicals worked as antifungal treatments, which is one of the many, many positive outcomes of black seed oil.

Black seed oil helps combat several different types of cancer, including skin, breast, oral, and pancreatic. The Melanoma Research Foundation (MRF) recommends using black seed oil to skin cancer patients because of its anti-inflammatory properties. The MRF states that cancer is “caused mainly by inflammation” that escalates into rapidly multiplying DNA mutations. Once the black seed oil enters the body, it kills cancer cells while assisting the white blood cells. The oil has also been reported to be a cure for many other diseases.

The black seed oil aids in weight loss due to its nutritional density of over two hundred fifty vitamins, according to Diamond Herbs, including omega 3, an ingredient found in fish oil which is a “good” fat. The Journal of Endocrinology and Metabolism discovered that black seed oil curbs appetite reduces glucose absorption, lowers glucose levels in the blood, reduces cholesterol, and lowers triglycerides. When people keep their weight under control, they’ll receive many other benefits.

Science Alert tested the Nigella Sativa plants on hyperlipidemic rats and found that their fertility increased while their hyperlipidemia decreased. Each rodent ingested black seed oil, which had positive effects on the quality of their semen such as increased sperm count and fewer sperm abnormalities. A factor that played in the rats’ increased fertility is the black cumin seed‘s ability to reduce triglycerides and lower cholesterol, for having high amounts of cholesterol and triglycerides decreases fertility and overall health.

The National Center for Biotechnology Information (NCBI) tested black seed on thirty-five opioid addicts. Black seed proved to be an effective non-opioid withdrawal treatment; but unlike typical medication, it had no side effects other than increased appetite, but despite the more frequent hunger, the NCBI reported no significant weight gain. Not only did black seed oil give the recovering addicts a safe and natural way to heal, but it also cured infections that the opioids caused. Black seed oil is a safe treatment for other ailments as well.

Barbi Trejo, a writer on our website and for Natural News, claims that the Nigella sativa plant cured her migraines in the post “How to Eliminate Migraines Forever With Nigella Sativa.” In this article, Trejo stated that her headaches affected her work life and forced her to put a sign on her desk that read “I have a migraine” which meant “don’t even come around me.” Trejo took prescription medication for her migraines, but claimed that the medication made her “high and giggly.” She then tried an injection, which did her no favors. When she heard of black seed oil’s ability to cure headaches and migraines, she consumed a mixture of black seed oil and honey, which noticeably reduced the migraines in just a few months. When Trejo continued eating the oil and honey mixture, her migraines disappeared completely, and she has not had one for over fifteen years.

The NCBI published a study performed on forty-eight teenage boys, half of which took 500mg of placebo medication, the other half took 500mg of Nigella sativa for four weeks. Before and after the study, the adolescents took a verbal learning test, a mood test with a Bond-Lader scale, and an anxiety test with State-Trait Anxiety Inventory (STAI). The conclusion of the study said that the using the Nigella sativa plant could “stabilize mood, decrease anxiety, and modulate cognition positively.”

The American Journal of Otolaryngology studied a group of sixty-six people, forty-four women, and twenty-two men, with allergic rhinitis (hayfever). Each patient was given black seed oil for a month, and at the beginning and end of the testing period, everyone answered a symptom severity questionnaire, and the results stated that the allergic symptoms were greatly reduced by the end of the experiment. The journal even recommended trying black seed oil before an allergy medication to avoid possible side effects. 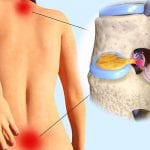 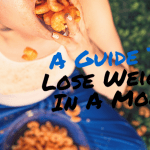