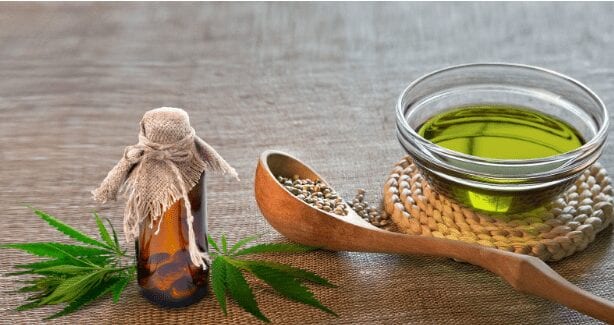 Even though the popularity of CBD has skyrocketed in the past few years, its use is still surrounded by controversy.

Many people turn to cannabidiol as a natural alternative to treat a number of conditions and illnesses, but there’s still some confusion about how exactly it affects our bodies.

CBD oil and other CBD products are legalized in some US States, which allows a larger number of people to reap their benefits. However, the question remains: is CBD actually safe to use?

This article aims to explain CBD’s health benefits in more detail, along with any possible side effects and risks it imposes. In addition, the article offers general guidelines on proper dosage and use of CBD oil and explains the legality issues connected to the use of CBD in the USA.

What is CBD Oil?

The other form of cannabis, marijuana, contains another well-known compound – THC (tetrahydrocannabinol). THC decomposes when heat is applied, which triggers its psychoactive properties. That’s why THC makes people ‘high’ when they smoke it or consume it cooked.

CBD, on the other hand, isn’t psychoactive and has no mind-altering properties. In other words, pure CBD cannot make you high.

How Does CBD Work?

Our bodies also have cannabinoids on their own (called endocannabinoids), as well as two cannabinoid receptors (CB1 and CB2). CBD, like all cannabinoids, has the ability to attach to these receptors, thus producing positive effects.

CB1 receptors are located mostly in the brain. They’re related to emotions, pain, cognitive functions, movement and coordination, memories, appetite, and mood. On the other hand, CB2 receptors are mostly present in the immune system, affecting mainly pain and inflammation. CBD attaches to these receptors, at the same time encouraging the body to produce and use more endocannabinoids, thus restoring the balance in the organism and keeping it in good health.

Here are some of the ways in which our health could benefit from CBD oil:

Knowing that THC may trigger feelings of anxiety and paranoia, many people suffering from this disorder tend to avoid cannabis.

However, researchers have found that CBD oil can alleviate anxiety symptoms, as well as various anxiety-related disorders, including:

The standard medicaments for the above-listed disorders often come with adverse side effects, which causes many people to seize therapy and turn to CBD.

In 2018, the US Food and Drug Administration approved Epidiolex, a medication that contains CBD, as a legal therapy for two epileptic conditions: the Dravet syndrome and the Lennox-Gastaut syndrome. Both these conditions characterize with seizures that are hard to regulate with standard prescription drugs.

In addition, researchers have found that CBD oil is effective for a number of epilepsy-related complications including psychiatric diseases, neuronal injury, and neurodegeneration.

Another study suggested that CBD oil might mimic the effects of antipsychotic medications, thus providing an alternative treatment for schizophrenia.

Recent research results suggest that CBD oil can impede the growth of cancer cells due to its low toxicity levels. In addition, CBD oil is often recommended as a natural remedy against chemotherapy-related side effects like nausea, vomiting, and fatigue.

A study from 2016 found that CBD oil may reduce inflammation in the pancreas, which is actually the main cause for type 1 diabetes. In this way, CBD oil may protect the body against diabetes or delay its development.

A study published by the Journal of Alzheimer’s Disease confirmed that CBD oil may help people suffering from Alzheimer’s disease in its early stages not to lose their ability to recognize the people around them. This suggests that CBD oil can be used to slow down the progression of this disease.

Another study found that CBD oil can help smokers reduce nicotine cravings and decrease the number of cigarettes they consume daily.

Acne occurs as a result of overworked or inflamed sebaceous glands. A study from 2014 found that, due to its anti-inflammatory properties, CBD oil may help lower sebum production, thus regulating the appearance of acne.

CBD Oil Side Effects and Risks

So far, researchers haven’t found any significant side effects resulting from the use of CBD oil. In fact, adults can tolerate CBD oil even when taken in higher doses. Some users reported milder side effects like tiredness, changes in appetite, and diarrhea.

However, CBD hasn’t been tested on children yet and more data is necessary to confirm that it can be safely administered to young patients.

It should also be noted that pregnant women are advised not to take CBD oil due to possible impairments in the development of the fetus.

How to Use CBD Oil

CBD products come in different forms. In addition to CBD oil, there’s also CBD spray for shorter absorption time, edibles, tinctures, capsules, ointments, etc. Some of these products can be added to your food and drinks, while others are taken with a dropper or pipette, spread topically on the skin or, in the case of sprays, administered under the tongue.

The CBD dosage depends on various individual factors including the condition being treated, the person’s body weight, and the product’s concentration.

CBD products aren’t regulated by the FDA, so make sure to speak to a healthcare professional before you start taking CBD. Your doctor will recommend the best dosage and warn you about any negative interactions in case you’re already taking prescription drugs.

In addition, take some time to compare several CBD brands and read some reviews before making the purchase. It’s very important to choose products from reputable companies that offer laboratory test certificates. This is to ensure they contain safe and effective levels of CBD in order to reduce the possibility of side effects and maximize the health benefits of the products.

Some US States have legalized cannabis for either recreational or medicinal use. Others have only legalized the use of CBD oil obtained from industrial hemp, but have banned the use of marijuana for medical purposes.

Furthermore, most states have legalized the use of CBD oil as a treatment for epilepsy but the amount of CBD oil an individual can use or possess differs in each state. For instance, the State of Missouri requires a person to prove that three different epilepsy treatment options haven’t worked before they can use CBD.

The truth is, the laws are constantly changing, so it’s important to check the legislation in your state before you buy and use any CBD products. 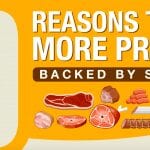 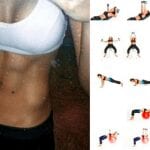