This is most notable for lifters in quad movements like squat and lunge variations.

Many chronic nature injuries also become symptomatic over the front side of the knee at the patella.

Increased tone and tightness through the quads can increase compression and force through the kneecap, causing increased rates of patella-femoral friction and irritation.

Shortened and stiff quads in combination with poor patellar movement is shown with poor squat mechanics such as drifting knees and valgus drop. It can also show in lunge movements when the knee joint is forced into terminal flexion.

A majority of lifters aren’t putting themselves in harm’s way in terms of lower back dysfunction.

Last time you trained at a commercial gym, ask yourself: were there more people on machines, in the squat rack, or pulling weights from the floor?

Most likely the machines. This is because there are three to four squat racks in the commercial gym setting and pulling from the floor is near impossible due to the strategically placed equipment leaving no room.

As for the high level athletics, there are a couple of interesting findings when it comes to the sports of powerlifting and CrossFit.

For the most part, CrossFit is pretty back friendly, except where power-lifting movements are introduced. Throughout the other exercises in CrossFit, such as endurance, lower back injuries are nearly non-existent.

Many machines can be useful, but chronic adherence to movements that have no need for shoulder stability or position to perform can be a pain for joint and soft tissue health.

Determining the correct settings to place on machines to create force that target the muscles, not non-contractile tissues like the tendons, ligaments and joints.

READ: How To Cure a Stiff Neck Or Shoulder To Ease the Pain? 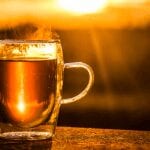 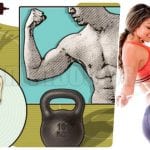