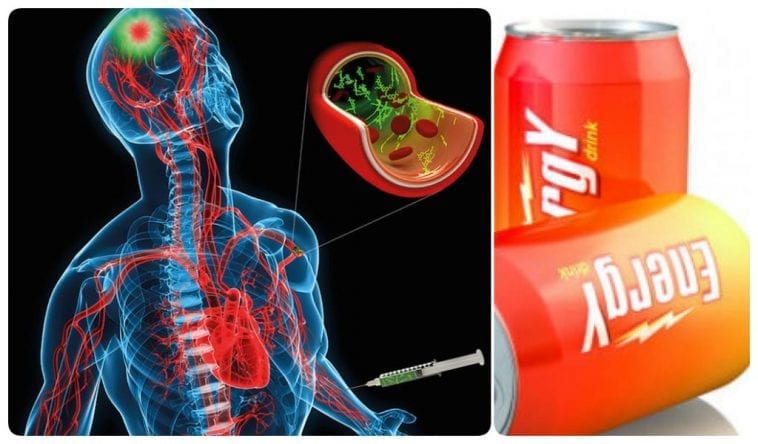 There was a time when coffee was almost everyone’s go-to, pick-me-up morning beverage to get that instant caffeine kick. For many people, a single espresso shot was more than enough to kick start their day and make them mentally awake. Lately, however, the traditional cup of coffee has been getting quite a tough competition from none other than the energy drinks, which are believed to contain even more caffeine than coffee.

Caffeine is known to affect the human brain directly and also an individual’s motor skills and abilities. It is a popular stimulant which stimulates the brain and the central nervous system. Since energy drinks contain a high caffeine content, it is likely that the consumption of these drinks will also affect your motor skills and your brain.

The question here, though, is how exactly do these effects occur in the human body?

Apart from the large amounts of caffeine, energy drinks contain several other ingredients that are known to influence brain functioning and muscle movement. They also include various supplements, added sugars, herbs, and vitamins that have their own set of benefits and side effects.

Some of the most commonly found compounds present in energy drinks are:

Ginseng is an ancient medicinal herb that comes from the ancient times and is native to North America and several parts of Asia. In historical times, it was commonly used as a stimulant to boost cognitive performance and brain function. It adds a significant boost to already caffeinated energy drinks. Ginseng is also believed to have the potential to improve concentration, thinking, memory and physical endurance in people who regularly consume it. There is great evidence which shows that consuming ginseng for 12 weeks can enhance mental and cognitive function in Alzheimer’s patients.

A study was conducted at the Department of Neurology at the Clinical Research Institute in South Korea to test the effects of ginseng on the mental performance of people with Alzheimer’s. Once the participants were given the ginseng treatment, they displayed significant improvement in their cognitive abilities.

Research on the acute effects of dietary constituents on motor skills in athletes also shows that ginseng is one of those compounds that boost motor abilities in people, especially athletes.

Like ginseng, this is also quite a common addition to energy drinks which is associated with stimulating effects just like caffeine. It is a plant in the maple family with large leaves and flowers. However, it is quite different from caffeine. While it does give you a quick burst of energy, the end results are much more beneficial for your body. You do get all alert and energetic after consuming it, but the effects are much calmer and more relaxed. It relaxes the mind and brain and fosters a soothing sensation.

Some Brazilian scientists once conducted a study on rats to test the effects of consuming guarana. The results showed that it significantly increased the rats’ physical activity, their levels of physical endurance under stress and it also improved their memory.

This is also a plant that contains a substantial amount of caffeine. However, it is so much more than caffeine, and its benefits go way beyond than mental stimulation and brain boosting. Yerba mate is a very popular component present in energy drinks mainly because it supplies the right amount of caffeine and also provides energy.

This ingredient stimulates the production of dopamine in the body which is a neurotransmitter that plays a significant role in the brain function. It also enhances alertness, mood, and memory in an individual.

This is one of the most common components found in green tea. It is an amino acid that is responsible for the feelings of relaxation you get when you consume an energy drink or a cup of green tea. Because theanine can induce feelings of calmness and well-being, its addition to energy drinks makes it a very smooth process.

L-theanine has a variety of health benefits where it has shown to improve sleep quality, burn excess fat, prevent the risk of neurodegenerative diseases, etc.

A study conducted in Japan showed that this compound has the ability to counteract the stimulatory effects of caffeine and can relax the mind and improve quality of sleep. It also increases the alpha brain wave activity which induces feelings of relaxation and makes the mind peaceful.

READ: Pre-Workout Supplements – The Science And Side Effects Explained

Research in Australia has revealed several health risks associated with energy drinks where the most common ones are: palpitations, tremors, agitation and restlessness, dizziness, gastrointestinal problems, insomnia, headaches and body shaking.

While energy drinks have proven to contain brain-boosting qualities where they enhance the cognitive function of the brain, the health risks have so far outweighed the benefits.

Research shows that people with genetic variations in the adenosine receptors in their body have a greater tendency to feel increased anxiety when they consume heavily caffeinated energy drinks. These caffeine doses can cause full-blown panic attacks which can even affect their motor abilities. In another study, it was found that consuming too much caffeine from these energy drinks can cause people to be jittery, shaky and can make their muscles inactive. The stimulating effects of caffeine can significantly affect their ability to perform regular tasks and may even cause them to lose their ability to use their fine motor and gross motor skills.

If you are an avid energy drink consumer and like to drink it on a regular basis, you should perhaps ask yourself if you should even be drinking it every day. Knowing the fact that increased consumption of these drinks can induce health risks, one should always try to achieve moderation. Save yourself from taking that brain test and try to ensure that you don’t overdo it.

Audrey Throne is a mother of a 2-year old and a professional blogger by choice. Throne is passionate about health, technology, management, and blogs frequently on these topics. 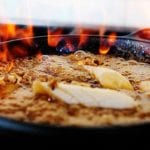 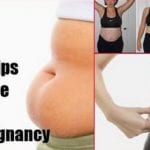