All men gotta accept one fact: WE ALL LOVE BREASTS! We all like boobs, let’s be honest and accept this! But here’s a thing: Do we all like natural boobies or we really like implants? Actually it doesn’t really matter! This post is about FIVE WAYS TO SPOT FAKE BOOBS.

As the summer begins to bring more and more scantily clad women outdoors, now is as good a time as ever for men to see breasts.

Men love breasts, and women are doing everything to meet them halfway, with all sorts of gimmicks and techniques—including implants — to come up with eyeful of perfect breasts.

Step foot on any beach this season and you’re bound to catch sight of at least one perfect* pair, nestled freely in a woman’s bikini with nary a sweater or parka to shield them from the world. (Did we mention again how much we love summer?)

But we designate perfect with an asterisk because, let’s face it, we’ve all seen women with breasts that are a little too textbook. According to stats from the American Society of Plastic Surgeons, more than 290,000 women had breast augmentations in 2013 alone—meaning there are plenty of silicon-stuffed twins out there just waiting for guys to debate their authenticity.

Experts are saying, however, that if you are concerned about getting what you think you are seeing, there are ways to recognise fake breasts.

According to a renowned New York City plastic surgeon, Dr. Norman Rowe, who spoke with the online portal, menshealth, here’s how to tell if a woman’s breasts are not real… just by looking at them.

READ ALSO: Perform These Super Easy Moves To Lift And Firm Your Boobs With Sports

SEE: How To Get Rid Of Man Boobs (Gynecomastia) 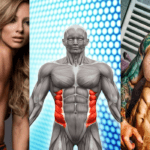 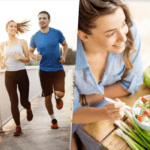