The problem with elastic energy

Look at it this way, if you’re doing a squat, and you “collapse” into the lowering phase as quickly as if you had taken a whiff of a sweat sock that had been lodged up Gunter Schlierkamp’s ass for a month, and then, without pausing, spring upwards like a jack-in-the-box, you’re taking advantage of the stretch shortening cycle and you’re not really applying enough stress on the muscle fibers to elicit growth.

The key is negating the stretch shortening cycle phenomenon.

Biomechanist Greg Wilson found out something amazing a few years ago. He learned that if you do a conventional bench press with an eccentric or lowering phase that was about a second, it took a full four second pause in between the eccentric and concentric to completely eliminate the stretch shortening cycle. Got that? If you lower the bar and you don’t rest it on top of your chest for a least four seconds, you’re still getting an added boost from all the elastic energy. The only real work you’ll do is during the last third of the concentric movement!

If, however, you negated all that elastic energy by taking a four-second pause, you had to work all that much harder — recruit that many more muscle fibers — to lift the bar. And, harder work equals more muscle growth.

Of course, there’s another way to negate this elastic energy. You can lengthen the lowering phase of the lift. For instance, if it takes you two seconds to lower the bar, you might only need to pause two seconds before you lift the bar. Likewise, if it takes you three or more seconds to lower the bar, you only need to pause one second before raising the weight. Got it? I call it the four-second rule. Any combination of numbers that equals four seconds or more in the lowering phase and the pause will negate or partially negate the stretch shortening cycle phenomenon.

Now, years later, it seems that bodybuilders, too, should have been using explosive concentric movements, too. If you intentionally accelerate a weight, you’ll develop more functional power, but you’ll also recruit more muscle fibers, leading to greater hypertrophy.

Conclusion: Okay, so maybe we took a long time to make a simple point, but I hope it sticks with you. Getting rid of the stretch shortening cycle will do more to recruit additional muscle fibers and maximize the effectiveness of your workout than practically anything else you can do. Now leave all that elastic energy where it belongs — in your shorts. 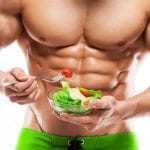 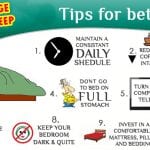