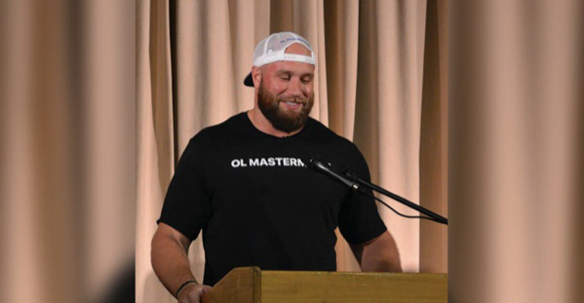 Over the past few years, there has been a much greater understanding and more awareness towards mental health around the globe.

In many cases, it’s easy to assume that a rich and famous celebrity such as the pro athletes noted above may have a near-perfect life. But the truth is, many of them struggle aplenty internally. Having all of these luxuries in life don’t automatically add up to happiness.

Johnson, a longtime mainstay on the Philadelphia Eagles’ offensive line, missed three games last season to deal with depression. In a statement, Johnson explained that he’s battled depression and anxiety “for a long time.” Johnson kept it hidden from his family and friends before ultimately deciding to address it.

The Super Bowl 52 champion wrote in the statement, “If you’re reading this and struggling, please know that you are not alone.”

The Eagles will open their season on Sept. 11 against the Detroit Lions (1:00 p.m. EST). With football season around the corner, Philadelphia fans can take advantage of several Pennsylvania sportsbook promo codes which include a risk-free bet of up to $1,000 from FanDuel and a risk-free wager of $500 from both Unibet and FOX Bet.

Earlier this year, Johnson went into detail about his mental health struggles and how he’s dealt with it during an interview with CNBC Make It.

He initially treated anxiety and depression through medication and therapy. Johnson told CNBC that he had a small high school graduation class and placed “a lot of pressure on” himself to get a scholarship for college football.

Johnson sought help from a sports psychologist, who provided him with special techniques on controlling his stress.

“The biggest step for me was talking to a sports psychologist to help me manage and compartmentalize my life and what’s happening, making it a lot clearer,” Johnson said. “I learned a lot about stress control — like they teach in the military, with breathing techniques like box breathing. I learned that having a perfectionist-type mentality (like I have) is not a bad thing.

“It’s bad when it affects your life in other ways, but it can make you who are in your sport. I learned that fear is a natural thing, and (it’s about) how we cope with and understand it.”

Per Reuben Frank of NBC Sports Philadelphia, Johnson revealed last month that he struggled with the possibility that his playing career was over. Johnson was hampered by an ongoing ankle injury that he suffered in a 2018 game against the Jacksonville Jaguars.

“Mentally, a lot of what was on my mind last year was my ankle,” Johnson said. “Honestly, I was at the point where I didn’t know if I can play anymore because I couldn’t push off my left foot.”

The three-time Pro Bowler and 2021 Second-team All-Pro selection has missed 17 games over the past three seasons. But the fan favorite insisted  he’s feeling much better both physically and mentally.

“Feel good and trying to stack the days,” Johnson said, per Frank. “It’s not on my mind like last year, where it took me midway through the season to kind of feel comfortable again playing.

“I’m in a great head space now, I feel comfortable and glad to be back.”

Johnson’s impact on the Eagles both on and off the field can’t be stressed enough. Just as they were looking poised to miss the postseason for the second consecutive year, Johnson returned to the field in Week 7 and helped Philly to victories in seven of their next 10 games.

He was inactive for the Week 18 game against the Dallas Cowboys, as Philly had already clinched a playoff spot. They would lose to Tom Brady’s Tampa Bay Buccaneers on Super Wild Card Weekend by a final score of 31-15.

Johnson and fellow longtime Eagles stalwart offensive lineman, Jason Kelce, have both considered retirement. Fortunately for the organization, however, the Pro Bowlers have signed up for at least one more season together.

Their respective legacies in Philly are already set, having led the feel-good underdog Eagles to the franchise’s first Super Bowl championship in the 2017 season.

Philadelphia, however, has won just a single playoff game since their thrilling victory over the mighty New England Patriots in Super Bowl 52. Last season marked the third straight year in which the Eagles failed to win a playoff game.

The Eagles featured the NFL’s best rushing attack last year, thanks to the work of arguably the league’s top offensive line and the stellar play of dual-threat quarterback Jalen Hurts.

Roseman continued his magic at the draft. He landed Georgia product and run-stopping machine Jordan Davis in round one and gave up a first-rounder for Tennessee Titans star wideout A.J. Brown, giving Hurts another explosive pass-catcher to complement DeVonta Smith.

In round two, Roseman selected Kelce’s planned successor in Nebraska center Cam Jurgens. In the next round, he came away with Georgia linebacker Nakobe Dean, who was widely projected to go in the first round.

The NFC is wide open this year, due largely to the amount of talent that heavyweights like the Green Bay Packers, Los Angeles Rams ,Dallas Cowboys and Tampa Bay Buccaneers all lost in the offseason (via trade, free agency or retirement).

Philly may have overachieved with nine wins last season, but the roster is significantly better on both sides of the ball compared to a year ago. In terms of roster talent and star power, one can argue that the 2022 Eagles are the best group the franchise has had since the magical Super Bowl-winning season. 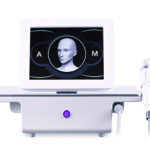 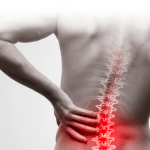