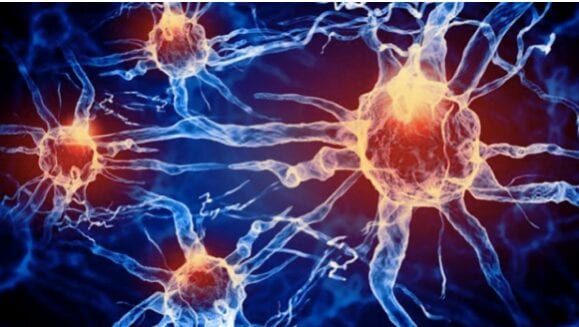 Whether you have multiple sclerosis or know someone who does, you may have heard of its links with celiac disease, which is another condition with neurological manifestations, which makes those with MS more likely to have the disease.

It’s the reason why there are reports of people with MS claiming that they feel even better when on a gluten-free diet. However, what links both celiac disease and multiple sclerosis?

Read on as I show you what these diseases are and why they are associated with one another.

What Is Celiac Disease?

As for celiac disease, this is more of an immune reaction to consuming gluten. It would damage the small intestine’s lining, preventing absorption of some nutrients. Also, it would cause fatigue, diarrhea, bloating, and anemia.

The disease is usually caused by an interaction of genes and environmental factors, though there is no precise reason. Its symptoms vary greatly, being different for both children and adults.

For adults, they can experience fatigue, headaches, joint pain, heartburn, or even more serious symptoms like loss of bone density and anemia.

For children, the typical symptoms include vomiting, diarrhea, poor appetite, as well as delayed puberty and neurological symptoms.

What is Multiple Sclerosis?

For those who aren’t familiar with MS, this occurs when one’s immune system would attack the nerves, which results in inflammation and progressive damage. This causes the nerve impulse to stop or slow down.

The usual symptoms of multiple sclerosis include the loss of balance and coordination, having problems with usual movements such as walking and moving your body. Some also experience muscle spasms, fatigue, and even attacks, with increased symptoms only for relapses to follow.

There’s no main cause of multiple sclerosis, and it may also be quite difficult to diagnose, taking quite some time for doctors to rule out other conditions with similar symptoms.

Similarities Between Celiac Disease and MS

Before we get into the links of both conditions, what makes these diseases similar with one another?

They both have some common ground in terms of their symptoms. The common symptoms between both are constipation, depression, brain fog, as well as some vision problems.

Furthermore, it can get quite confusing diagnosing both conditions, as these symptoms are also caused by stress or other common conditions, which is why it takes quite some time to be diagnosed with either disease.

Celiac disease isn’t only associated with MS, but also in other kinds of conditions, such as epilepsy, depression, learning disabilities, or cognitive dysfunction.

Links Between Celiac Disease and MS

Now that we’re familiar with the symptoms of both these conditions and how they are similar, what is their relationship with each other?

There are mixed researches on this, though we’ll focus on its strongest link based on a 2011 study.

Clinicians in Spain have analyzed the positive celiac blood tests and biopsies on those who also have confirmed multiple sclerosis.

The study found that celiac disease is more prevalent in first-degree relatives with those who have multiple sclerosis. Also, all people with MS who have celiac disease were put on gluten-free diets. Reports have shown visible improvements in both gastrointestinal and neurological symptomatology after a few weeks.

BUT, despite this study, there is no other clear evidence whether those with multiple sclerosis have a higher risk of celiac disease. There have been other studies made, though there haven’t been similar findings from the 2011 study in Spain.

So while there are quite a few similarities between both celiac disease and multiple sclerosis, there is no clear distinction that both of them are linked with one another. If you have MS, there may or may not be a heightened risk of celiac disease. But it doesn’t mean that you automatically suffer from celiac when diagnosed with MS. It’s best to be tested for both to make sure.

Now that you’re familiar with how both conditions are associated with one another, is it okay to treat MS with a gluten-free diet? Seeming that patients find positive results in such, it can be seen as something that relieves symptoms.

However, there isn’t strong evidence that proves just how effective a gluten-free diet is when it comes to treating MS symptoms. There are certain diets for MS, which eliminates dairy, gluten, legumes, and refined sugars, though. While there isn’t much scientific evidence on its effectiveness, many people have felt much better when keeping out of gluten.

But before you do get into such a diet, it’s best to get tested for celiac disease to avoid getting inaccurate test results. Other ways to treat MS and reduce the severity of the symptoms is through a healthy diet filled with vitamins B and D.

If you have multiple sclerosis, it’s not a sign that you immediately have celiac disease. More research needs to be done on the links between both conditions. However, it’s best to be tested for celiac, just in case. This is best before you go gluten-free.

Hopefully, this article on the links between celiac disease and MS gave you an idea of what to expect and the steps to take if you have MS. So don’t wait any longer and find doctors who will be able to help you out now.

If you have any questions or want to share your experiences, then comment below or visit xpertdox for more information. We’d love to hear what you have to think! 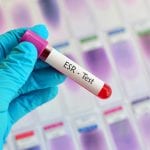 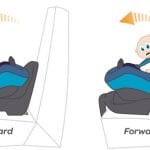