The behind knee pain is a pain that most of the runners have, but it’s a common pain even in regular gym goers.

If you are a runner, experiencing knee pain is a fairly common occurrence. But feeling pain, sometimes swelling or even stiffness behind your knee can pose a serious problem when it comes to winning that marathon next week or joining your friends for a run in the park over the weekend. Pain behind your knee means that there is a bigger problem here and it needs to be dealt with as soon as possible, since ignoring it won’t make it go away. In this article, we present to you four possible reasons why you experience pain behind your knee and how to resolve the problem and get back to running as soon as possible.

If you start feeling stiffness or mild pain behind the knee when you start running, but eventually it subsides, then it’s very likely you have hamstring tendonitis. This condition usually appears in runners that run longer distances and are often participating in marathons or half-marathons and in the end don’t receive enough flexion in their hips due to improper running technique and accumulated fatigue.

When running, the hamstrings fatigue and are unable to slow down your feet when they are accelerating. As the same motion is repeated you will soon start experiencing pain behind the knee. This overuse happens when your lower leg goes too far forward in a pendulum-like swing, putting too much strain on your hamstrings repeatedly while running.

How to fix it: you should consult with a sports specialist that will manage to pinpoint the exact cause of the pain by performing an analysis of the way you walk. The analysis will help find the exact muscles that don’t activate properly and give a broad picture of the running technique and style. Very often, weak gluteus muscles are the main cause for experiencing pain behind the knee, however making your pelvic stabilizers and your hip flexors stronger can also be beneficial. You can try the so-called “clam opener” movement, which is an oft-used treatment for this type of pain. Lie on the back, bend your knees and put a resistance band loop around the knees. Then open the legs by pushing against the resistance band. Do 3 sets of 20 reps.

It’s very likely you have Baker’s cyst if you feel a swelling in the form of a lump behind the knee, as you bend and straighten the leg. It feels like touching a water balloon. Because runners do the same movement over and over again, too much of it without too introducing variations in distance or speed can be the cause of excessive friction between the cartilages surrounding the knee, resulting in an irritation of the soft issues within as well as the posterior surface of the knee cap.

How to fix it: The repetitive bending and straightening of the legs which is the basis of running often lead to fluid accumulation, resulting in a cyst appearing behind the knee. Even though taking some time off of running is a good idea, the best fix for this condition is getting an injection or aspirating the cyst in order to take out the accumulated fluid. A special type of manual therapy is also suggested or the implementation of active release techniques, which are all basically types of massage. These can break up the scarred muscle tissue in the hamstrings and help alleviate the problem by making the symptoms subside. However, the cyst can reappear if you have a tear in the meniscus or arthritis.

PLEASE CLICK BELOW ON THE NEXT PAGE TO CONTINUE READING 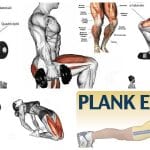 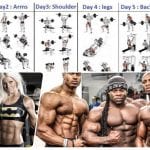