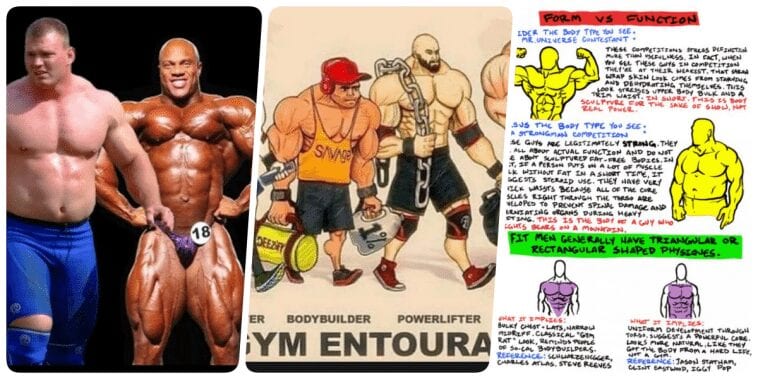 Every training has its purpose, and as you may or may not know, powerlifting and bodybuilding have different ones. Bodybuilding focuses on muscle mass, appearance, physique, and strength. That said, the strength doesn’t seem like a major priority here, as long as the muscle mass is big enough.

On the other hand, power lifting puts the major emphasis on strength. That’s the main reason why people think it’s better than bodybuilding. The main goal of power lifters is to focus on developing strength itself; they don’t prioritize the appearance and nice physique.

Power lifters consider bodybuilders as some pretty boys who only care about the way they look. It’s like in those movies with martial arts or soldiers with that one character that worries too much about his appearance.

People think power lifting is better than bodybuilding because of the way those guys train. A typical powerlifting routine has longer rest periods and less metabolic stress than a standard bodybuilding workout.

Volume is closely linked to hypertrophy (increase in the size of a muscle). The more volume means more hypertrophy. That’s why a general bodybuilding workout of 6-12 reps allows people to get the volume they need for muscle growth. A typical powerlifting training has about 3 reps only.

So, it’s weaker, easier to perform and people love it?

Not exactly! The lower count of reps used in powerlifting training has the purpose of increasing strength and power gains. This perfectly depicts the never-ending battle between the size and strength or bodybuilding and powerlifting.

READ: Do These 3 Strongman Moves to Become Strong and Fit Fast

Powerlifters put a greater focus on compound movements like bench press, deadlift, and the squat and although bodybuilders also do those, they also include isolation movements for smaller muscles like triceps. The goal here is to increase the mass of every muscle in the body; you have to be pumped. But a typical powerlifter just wants to boost power and strength.

You know that feeling when everybody loves some movie or an athlete, but you can’t stand it (or him) just because other people do. When something becomes mainstream, you just don’t like it. After all, why would you want to be like someone else? It’s needless to mention that in most cases, mainstream things suck, just look at Kim Kardashian (figuratively and literally).

That’s how powerlifters feel about bodybuilding. Thanks to Arnold and many other action figures, bodybuilding has become incredibly popular. Go to Instagram, and you’ll see a bunch of photos of bodybuilders who just care about the way they look.

On the other hand, powerlifting is underestimated, and some people don’t even know what it is. Also, it’s not uncommon for people to look at a powerlifter and think he’s just a muscle, but a fat guy only because he doesn’t have the same “pretty” physique of a bodybuilder.

So, when you combine that mainstream status of bodybuilding, the praise it gets from people, and lack of emphasis on strength itself, it is perfectly understandable why powerlifters and enthusiasts who appreciate this training assume this sport is better and largely underestimated.

Since everyone’s rooting for an underdog (which also happens to be underestimated in every game), it comes as no wonder why people think powerlifting is better than bodybuilding.

Both types of training demand proper diet, this is a fact. You can’t train and train for hours, every week, month, or year just to go home and eat junk food. While some people would do that exactly, which is why gyms are crowded each January, powerlifters, and bodybuilders have to pay attention to what they eat.

Just because healthy eating is crucial for both types of training, it doesn’t mean they eat the same way.

Nope, there are differences.

Powerlifters need to eat enough to boost energy levels that are necessary for moving heavy weights. Unlike in bodybuilding training, their diet isn’t carefully crafted with the purpose of improving their physique.

The main goal in powerlifting is to increase the strength, ASAP so the key to the proper nutrition is consuming a high-calorie diet abundant in healthy fat and other important nutrients like proteins and crabs. Powerlifters have to eat big and eat consistently throughout the day, typically six or seven moderate meals on a daily basis.

Powerlifters need more calories than bodybuilders; which is yet another reason why people think powerlifting has the advantage since crafting a thorough meal plan, organizing, preparing everything, and ensuring consistency require a lot of effort.  A lot!

READ: Diet of champions: See what people like Dwayne Johnson and Hafþór Júlíus Björnsson eat to stay in shape

Bodybuilders follow a meal plan to burn calories so they can “lean out” and burn more fat to sculpt their muscles, again the physique is the priority here. While powerlifters increase their caloric intake, bodybuilders decrease it. In bodybuilding it is crucial not to consume more calories than a person burns. Otherwise, they’d gain weight, and it would be difficult for them to achieve their target appearance.

Although both powerlifting and bodybuilding require a great deal of consistency and a strong willpower, they have a lot of differences. People think powerlifting is better because of its focus on strength, rather than appearance. Also, their training is adjusted to help people gain more power, and even the diet has to serve the same purpose. On the other hand, bodybuilding is primarily focused on caloric restriction and appearance of perfectly toned and muscle body which puts some people off along with its mainstream status.

David Gomes completed his M.S Professional degree in California Institute of Technology. He is work for Consumer Health Digest. He loves to write on a variety of topics such as joint health, weight loss, beauty and skin care for blogs and on-line publication sites. 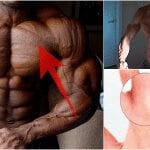 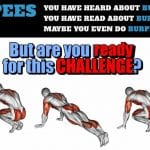