You will continue to read and you will learn to do some kind of a massage, but my advice is to call a therapist, especially when it’s about the vertebral column or other nerves and bones. You are fully responsible for your actions, and this article is not intended as a cure or diagnosis for any disease! The owner of this website shall not be liable for any actions taken by whoever reads this article. IT’S PURE INFORMATIVE!

THE HEAD, THE NECK AND THE FACE! The head is the capital of the body. It is the headquarters. It is worth noting that: The head houses the BRAIN, the control center of the body and according to some, the seat of consciousness. The head is the home of the face. The face tells others who we are and what we are feeling. The head is the point from which the voice issues. The voice is how we transmit information about ourselves to the rest of the world.

MUST SEE: 34 pictures to see how to stretch your muscles

The head is the exclusive residence of four of the five traditional senses. The head houses the organs of vision, hearing, taste, and smell. In addition, the head contains the primary organs of balance. Finally, the head contains the entrance to the respiratory and digestive systems. The two functions that are essential to the sustenance of life, breathing and eating, begin here. The neck serves two essential functions:
– It connects the head and its functions to the rest of the body.
– It supports and moves the head.

Clinical observation confirms that many head-aches originate in trigger points in the neck muscles. Such headaches can be reduced in frequency and intensity, if not completely eliminated, by resolution of these trigger points.

Many people carry their heads with the ears well forward of the sagittal midline. This misalignment often results in the development of myofascial trigger points in the posterior neck.

The skull consists of 22 cranial bones, only one of which, the mandible, is generally considered movable. The cranial bones are joined by sutures and are regarded by most anatomists as being fused. Craniosacral therapists believe that the cranial bones are capable of small but significant movement, and their treatment approach attempts to influence the movement and positioning of these bones.

Stripping (2)
– The client lies either supine or prone with the head turned away from the therapist.
– Holding the head with one hand, place the other thumb at the center line of the occiput, on a line with the upper part of occipitalis.

– Pressing firmly into the tissue, draw the thumb laterally across occipitalis.
– Placing the thumb in a position closer to the neck, repeat the procedure until you have covered the entire muscle belly.

Stripping (3)
– The client lies either supine or prone with the head turned away from the therapist.
– Hold the client’s head in both your hands, so that the thumbs rest on the upper part of occipitalis at its center.
– Pressing firmly into the tissue, spread the thumbs apart as far as the outer aspects of the muscle belly

Shifting the thumbs to a position nearer the neck, repeat the procedure until the whole muscle belly has
been treated. 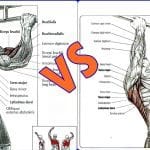 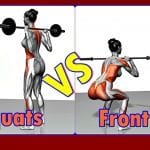