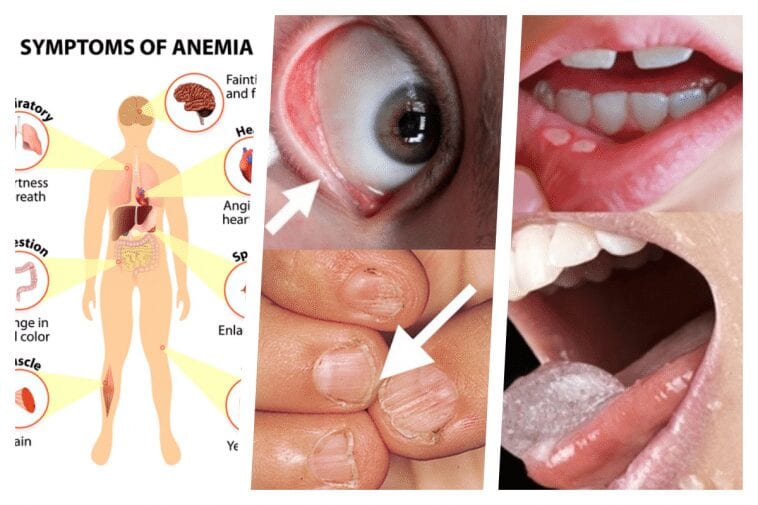 The term iron deficiency anemia refers to a condition characterized by a decrease in red blood cells as a result of having too low iron levels in the body.

Lack of iron makes the body unable to produce hemoglobin, which is needed for the red blood cells to carry oxygen to all tissues.

Although anyone can develop this condition, certain groups of people are at higher risk than others. For instance, vegetarians and vegans, people who don’t eat meat, are more prone to developing iron deficiency anemia as meat is actually the biggest source of iron.

Women are particularly at risk, given that they lose blood during menstruation and because they must share their stores with a fetus during pregnancy.

Blood donors are another risk group due to the fact that they give too much of their stores.

1. Fatigue or/ and Weakness

In case you are experiencing low energy levels,  muscle weakness, or unexplained fatigue which doesn’t go away after getting a good rest, it is very likely that you are deficient in iron.

When we stand up the blood pressure drops and in case you already lack oxygen as it is, standing may reduce even more oxygen to the brain.  Consequently, this leads to headache, dizziness, or light-headedness.

READ: A month before a heart attack, your body gives you a warning – These are the 6 signs!

Experiencing frequent shortness of breath, especially when climbing the stairs or doing another day-to-day activity is often a sign of anemia.  More cardio workout is highly recommended!

Low hemoglobin levels are often the cause of frequent infections which take longer to heal or happen suddenly despite proper care.

If your fingers or toes are often freezing or the nails turn people, you need to boost your iron intake.  More layers won`t do the trick!

READ: 9 signs that adrenal fatigue is behind your anxiety, sleep problems and joint pain

Anemia negatively affects your heart rate too, typically causing the heart to beat faster in order to supply the cells with more oxygen.

Unhealthy cravings indicate that there is something wrong with your body, meaning that it lacks certain nutrient. If you find yourself craving unusual things like dirt, ice, or chalk, it is very likely that your body needs iron!

READ: Don’t Ignore These 8 Warning Signs Of Vitamin B12 Deficiency

Chest pain can be a symptom of different conditions, such as anemia or cardiac event. Regardless of the underlying cause, it seeks immediate medical attention.

Restless leg syndrome is quite uncomfortable feeling accompanied with tingling and crawling feeling in the legs or butt.  This almost unbearable sensation is often sign of iron deficiency.

Naturally, eating healthy and well balanced diet is the key to preventing any nutrient deficiency.  Include more iron-rich foods in your diet, such as milk, iron-fortified cereals,  bread, fish, eggs, meat, and leafy greens. Supplementation is another option, but need to supplement wisely by consulting your doctor. 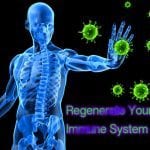 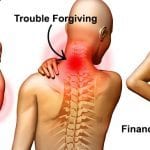