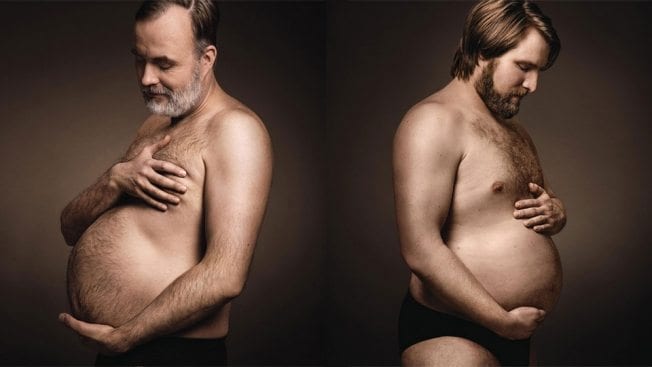 We know beer is pretty calorific, as are the snacks we crave to accompany it. But why does it specifically affect men’s guts?

When you drink beer, your liver has to go into overdrive to detoxify the alcohol. Now add a few packets of crisps to the equation, maybe some peanuts and those calories are there to stay. Beer itself is pretty calorific stuff, to the tune of around 150 calories a unit so why beer makes you fat, well that starts to seem obvious.

READ: Struggle with belly fat? You need to start drinking these 4 teas immediately

Now why does it give you a beer belly specifically? Well the answer is down to two things apparently – gender and age. After about the age of 35 most men’s metabolisms start to slow down. While men tend to put weight on their… bellies, women’s fat stores commonly go on their backside and hips.

What Causes a Beer Belly?
It seems beer drinkers across the globe have a tendency to grow bellies, especially as they get older, and especially if they are men. It’s not necessarily beer but too many calories that can turn your trim waistline into a belly that protrudes over your pants. Any kind of calories — whether from alcohol, sugary beverages, or oversized portions of food — can increase belly fat. However, alcohol does seem to have a particular association with fat in the midsection.

READ: 7 Exercises That Will Make You Burn Belly Fat Without Having To Jog or Run

In general, alcohol intake is associated with bigger waists, because when you drink alcohol, the liver burns alcohol instead of fat. Beer also gets the blame because alcohol calories are so easy to overdo. A typical beer has 150 calories – and if you down several in one sitting, you can end up with serious calorie overload. And don’t forget calories from the foods you wash down with those beers. Alcohol can increase your appetite.

When you take in more calories than you burn, the excess calories are stored as fat. Where your body stores that fat is determined in part by your age, sex, and hormones. Boys and girls start out with similar fat storage patterns, but puberty changes that. Women have more subcutaneous fat than men, so those extra fat calories tend to be deposited in their arms, thighs, and buttocks, as well as their bellies. Because men have less subcutaneous fat, they store more in their bellies.

READ: Drink This Before You Go To Sleep and You Will Reduce Belly Fat in No Time

Belly fat in the midsection it’s linked to a variety of health problems, from type 2 diabetes to high blood pressure and cardiovascular disease. When waist circumference exceeds 35 inches for women and 40 for men, it is associated with an increased risk of heart disease, metabolic syndrome, and overall mortality.

Ways to lose your beer belly

As is often the case, the best way to get rid of your beer belly is to avoid getting one in the first place. Prevention of weight gain in the first place is the best recommendation.  If you’re past the prevention stage and have already put on some extra pounds, there are ways to combat belly fat. Cleaning up your diet is a good place to start, though you probably already knew that. You want to aim for mostly plants, healthy fats, and complex carbs like whole grains. Exercise is important, too; high-intensity interval training may be the best to combat belly fat, especially if you have an insulin resistance.

READ: One Cup Of This Drink Before Bedtime Burns Belly Fat Like Crazy!!

The only way to lose belly fat (or any kind of fat) is to lose weight. Aerobic exercises like running, swimming, cycling, and tennis are some of the best to help reduce body fat. But any kind of exercise will help you keep the weight off more effectively than diet alone. The good news is that when you start losing weight, you tend to lose it in the midsection first. 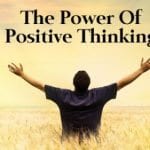 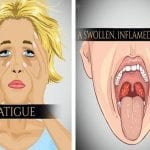