In the last two decades, celebrity moms have tried to show us that getting back in shape after pregnancy takes very little time if a lot of effort is invested. However, the fact is that most women don’t have the luxury or the lifestyle requirements to lose the weight at that rate, which is why we’ve come up with a guide to help you get your body back without risking your health. Regular moms don’t have access to resources like celebrities do, which makes it harder to avoid gaining a lot of weight during pregnancy in the first place. If you’re interested in getting back in shape at a normal pace, we’ve got guidelines that can help you do just that.

READ: 5 Exercises for Women to Lose Belly Fat After Pregnancy

One of the best ways to avoid gaining a lot of weight during pregnancy is to exercise on daily basis. Not only will you get back in shape a lot faster later on, but you’ll also help your labor go more smoothly and have more energy overall while expecting. However, there are a lot of misconceptions about what’s healthy and what’s not when it comes to exercising during pregnancy, which makes a large percentage of moms fearful about it. It’s extremely important to be moving around if you’re to have an easier time losing weight later on, which is why you should be aware of the exercises that are safe for you.

When to Start Losing Weight

While most women agree that a strict diet is the best way towards losing weight after pregnancy, it’s also a fact that cutting down calorie intake if you’re breastfeeding is a bad way to start. You should keep your calorie intake above 2,000 calories per day if you want to avoid putting your baby on a diet as well. This is why it’s best to really start thinking about losing weight only after the first six-week visit to your doctor. If you’re not breastfeeding, it’s okay to control your calorie intake, but try not to lose more than one pound per week, as your body and skin need time to recover as well.

Breastfeeding Can Help You Lose Weight

An average woman needs about 500 additional calories per day in order to breastfeed, but breastfeeding actually spends about 800 calories per day. This means that you could be safely spending more calories than you’re taking in thanks to breastfeeding alone, which will ensure that you lose the excess weight at a steady rate. Where most women go wrong, however, is that they continue with the same diet after the breastfeeding period’s over – which means they actually start gaining weight again. This is why it’s vital to adjust your diet as soon as you’ve stopped breastfeeding your baby and reduce your calorie intake considerably.

MUST READ: My Tried and Tested Way to Losing Weight after Pregnancy

There’s a popular belief that plastic surgery is only for people insecure about their looks and those who wish to look like a million dollars. However, those people just don’t understand what a pregnancy (or two pregnancies) can do to a woman’s body. Even if a woman loses weight that doesn’t mean her body will look like before pregnancy. Chances are, there’ll be extra skin to worry about, as well as a huge change to a woman’s breasts. Whether you want breast implants, or you just want the extra skin removed, plastic surgery can help moms look as good as before surgery – especially if you combine it with regular exercise.

Most women are too tired after pregnancy and they feel like there’s no energy left in them. This is especially true for those women that said no to prenatal exercise. Even though the first six weeks are still early for most exercises, that doesn’t mean that you can’t walk or move. One of the best ways to keep both your mind and body in shape after pregnancy is to keep moving, whether it’s a walk to a supermarket or a stroll around the park. As long as you’re walking you will be spending enough calories to steadily lose weight. Even more important, your muscles won’t go to a complete standby and you’ll shift to exercising after 6 weeks more easily.

SEE ALSO: Exercising During Pregnancy: Is It Healthy And Safe?

While many moms are too eager to get their body back in shape after pregnancy, it’s only safe to start exercising after 6-8 weeks after labor. Before that, your body is more prone to injury because of relaxin, a hormone that your body produces during pregnancy which makes your joints loose. It takes some patience to go through this first period, but once it’s over you can safely start exercising and soon enough you can adjust your diet as well, which will speed up the whole process. The best way to get your body back, however, is to invest a lot of time and effort into prenatal exercising. 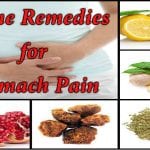 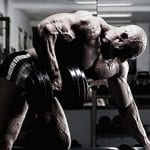