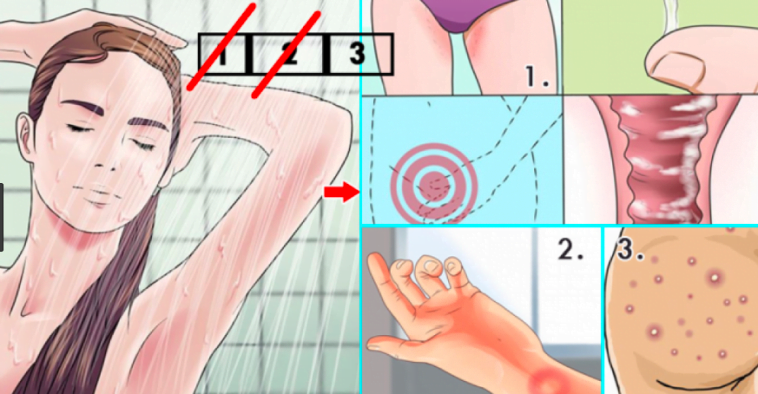 Pretty much everyone is guilty of skipping a shower every once in awhile. What we all might not know is what actually happens to us when we decide to let personal hygiene go for a few days, so here is what you gotta know:

Bacteria Runs Wild – Human’s are constantly covered in bacteria, over 1,000 kinds actually, but before you freak out it isn’t actually as bad as it sounds! Bacteria is a natural part of our bodies ‘ecosystem’ and most of this bacteria is actually good for you. But when you don’t shower the bad bacteria starts to take over.

Totally Unwanted Skin Issues – Everyone has felt the discomfort of unwashed skin at some point, whether it was from playing in the mud as a kid or forgetting to take your makeup off at night. Not only is it not comfortable to have dirty skin, it is actually damaging to it’s health.

READ ALSO: THESE YOGA POSES WILL HELP YOU REST BETTER

This Can Include Random Brown Spots – The cause of these brown spots is obvious, dirt! This dirt build up is called dermatitis neglecta, and the name sounds exactly like what it is, when you neglect your skin. Dermatitis neglecta is a plaque build up on the skin from oils mixing with dirt.

A LOT of Germs – The good bacteria on your skin that I mentioned before is normally in control, but when you don’t shower the bad take over. This leads to a higher rate of infection with a wide array of diseases that go far beyond just skin infection.

Very Annoying Itch – Shampoo does not only function to remove grease, but build up of all kinds, such as dandruff. When increased oil is present on the scalp the dandruff becomes trapped which then irritates the healthy skin underneath, and this becomes seriously itchy.