The first cause could be an autoimmune response against the thyroid. This can cause the thyroid to fail in producing enough thyroid hormone, which will directly slow it down. Another common cause could be an increase in toxic levels, typically mercury. People who have cavity fillings are more prone to a thyroid disorder because of the mercury in the fillings. Also people who eat a lot of ocean fish, which contains large amounts of mercury, may see their thyroid gland function reduced.

Those who are constantly stressed have a higher chance of developing a thyroid disorder. Because the stress hormone cortisol could interfere with the conversion of the thyroid hormone into the active form which regulates the metabolism.

READ: How to activate your hormones for weight loss

If you’re someone that has a diet consisting of soy-based foods and beverages, you might want to think about reducing it or possibly removing it from your diet. Soy-based foods have the ability to hinder the thyroid function.

Power Your Thyroid: If you have experienced any of those symptoms, it’s time to take action. The first thing you need to do is Eliminate Thyroid Disruptors for 14 Days. You need to remove any foods that may be hindering your thyroid. The most common foods are flaxseed oil, peanuts and peanut butter, high mercury fish, corn, and alcohol and caffeine. This will allow your thyroid get it’s strength back.

The next step is to substitute all the foods you have removed from your diet with foods that have anti-inflammatory affects. The most common foods that contain anti-inflammatory ingredients are vegetables, fruits, beans, nuts and seeds, non-mercury fish and meat, eggs, milks, and sweeteners.

While one part of this plan requires you to be very calorie conscious, studies have concluded that eating one “cheat meal” per week is essential for those suffering from an under-active thyroid. The reason behind this is that it prevents the body from starving while dieting; it also keeps your thyroid hormone high and boosting metabolism. 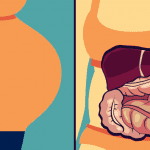 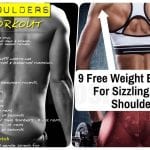