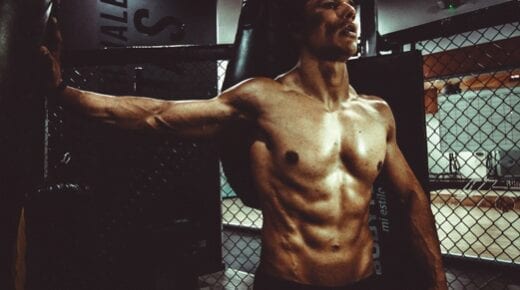 A lot of comments, critiques, recommendations, and commendations on Kratom has emerged over the years. While some people are over the internet and social media preaching the gospel of Kratom and its miraculous effects, others are showing concerns about its side effects. Kratom, Mitragyna speciose, is a plant that grows naturally in southeast Asian countries. It as history as a substitute for opium, and its use for pain management, dietary supplement, and as an energy booster. Despite the wonderful therapeutic, medical, and recreational benefits of Kratom, people are still on the lookout and keenly observing the natural herbs for its side effects; especially its effect on testosterone levels.

Testosterone is the sex hormone of men and an essentially anabolic hormone. Its responsibility is basically to develop and maintain any man’s masculine features. It is also in charge of maintaining a man’s strong sexuality, bones, and muscles as well as keeping it on the intended mass. Females also possess testosterone, it is just relatively low in them. In females, testosterone is secreted naturally through the ovaries, while testosterone is normally secreted by men’s testicles.

Kratom, at high doses, behaves very similar effects to that of opioids, in that it crosses the blood-brain barrier where it binds to certain opioid receptors, which is why it is often wrongly identified as an opioid. People using the drug (opioids) has reduced levels of pain, but it also slows down the functionality of their central nervous system, leading to drowsiness or respiratory depression.  Kratom does activate some of the same opioid receptors as opioids, it doesn’t trigger respiratory depression.

According to a Kratom user on Reddit, he said, “I’m 23 in April and mine was low when I had my tests done last month. I’m sure it was the Kratom because I don’t do anything else that would adversely affect it. And two years ago, mine was on the higher side.”Another user has this to say:

I found originally that taking larger quantities of kratom had a noticeable impact on my libido, but I believe my body has since adapted. Problem is that when I’m off the kratom, I want to f*** or fight everybody in sight. I guess my body started overproducing testosterone as a response to regular usage… Oh well, can’t complain too much about that!

Since there are no clinical backings for all these claims, it is very hard to specifically pinpoint the effect of Kratom on testosterone. However, the majority of users said they noticed several symptoms completely consistent with low testosterone, meaning Kratom could possible reduce the testosterone level.

The effect of Kratom has been shown to depend on its potency, strain, dose, and purity. A change in any of the above factors could produce effects which are extremely far from the intended effects. Many of the users that complained of low testosterone level they started taking Kratom did not state the dose, strain, and type of Kratom the consumed. Kratom has been shown to be very dangerous and poses some serious side effects when combined with any drug, so it is very difficult to state whether Kratom is responsible for those accusations or not, because the users might be combining Kratom with another drug, or probably consuming impure Kratom products (It is strongly advised to buy from trusted and reliable Kratom suppliers like Kratom Crazy). Some users did report perceiving varying effects based on not just different dosages of Kratom, but on different strains, as well as having libido problems when using Kratom, but then finding that the side effect dissipated once they cut down on their dosage or changed the strain. Kratom Crazy has some helpful guide on picking the best kratom for your purpose.

It might also interest you to know that some researchers claimed that any substance that is opioid-like in that it acts on certain opioid receptors can change something called gonadal function, which can then lower levels of testosterone production.

The effect of Kratom on the level of testosterone is controversial, with no researches in that direction it will be difficult identifying which is which out of the numerous anecdotal reports found on Kratom forums and social media. However, lots of users are still sticking to the long-term effect; saying Kratom couldn’t have survived a 1000 years history if it affects the testosterone level negatively and also claiming its stimulating effect could even increase libido and sex drive in people. 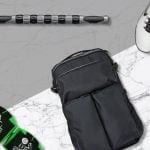 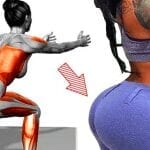