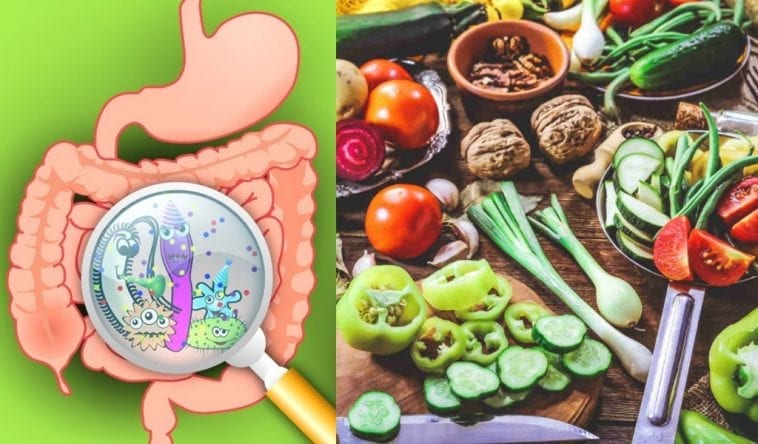 Well, we all know and think that veganism is some kind of a new religion, some trend and all that!…

We tend to think of our gut as somewhat static, not really changing much from day to day or minute to minute, but a growing amount of research confirms that it is ever-changing for better or worse, depending on how we eat.

Known as a microbiome, which is the sum of all the microbial life that resides in each person or animal, our gut is always in a state of flux, depending on our food choices and other lifestyle factors. You may be wondering, “how will my gut change if I eat a plant-based diet or increase the amount of plant-based foods in my diet?”

While the research is still in its early stages (after all, we didn’t discover the microbiomethat long ago), there are some profound changes that may occur as we move away from a diet that tends to be high in animal products to one that includes more fruits, vegetables, legumes, nuts, seeds and grains.

First, let’s look at one study that showed the effects of a low-carb (which tends to mean high protein diet). According to the study published in Applied and Environmental Microbiology, which explored the effects of a low carb diet on the gut microbiome, scientists at the Department of Biochemistry and Molecular Biology at the Wright State University in Dayton, Ohio used a “human gut simulator” to assess the effects a ketogenic-type diet. They found that the diet resulted in bacterial changes in the gut, resulting in a reduction in varieties that produce fatty acids and antioxidants, which are compounds that are needed to fight inflammation, disease and the effects of aging. While the study did not explore a shift back toward a plant-based diet, it is reasonable to think that the bacteria will shift back to ones that produce the necessary fatty acids and antioxidants needed for great health.

READ ALSO: Vegetarians and Vegans can build muscle? HERE’S HOW!

Beneficial bacteria or yeasts are known as probiotics. It shouldn’t come as a surprise if I tell you that they need food for their survival. The food for probiotics is collectively known as prebiotics. Prebiotics are primarily found in the naturally-occurring sugars and fiber  in plant-based foods. Making a switch to a diet high in plant-based foods, which contain plentiful amounts of prebiotics, we should expect to see the numbers of beneficial microbes increase in our gut, which will mean greater gut health, improved digestion and overall better health.

In another study published in the journal Nature Communications, scientists discovered that our distant ancestors, the great apes, seem to experience a fluctuation in their gut depending on the season. When the apes ate a high roughage diet, which they do in spring, fall and winter, they had increased numbers of bacteria in their gut that assist with breaking down roughage. While the study took place on apes and not humans, it not only showcases the changeability of the microbiome, we may be able to deduce that our nearly constant state of fiber deficiency may be promoting the growth of bacteria that cause intestinal inflammation and even colon cancer. Switching our diet to a plant-based one, or one with a greater amount of fiber from plant-based foods will reduce intestinal inflammation and reduce our risk of colon cancer. And, since most inflammation begins in the gut, we will likely experience reduced levels of pain and inflammation elsewhere in the body. Obviously, some of these changes may take time, so be patient.

Again, most of the research has explored the effects of meat and dairy on the microbiome, and a Harvard University study published in the journal Nature is no different. The researchers found that diet rapidly alters the microorganisms residing in the gut, even within 24 hours. This study found that a short-term switch to a high meat and cheese diet in humans resulted in the colonization of different microbes than those normally present when other diets were consumed.

The microbes linked to the high meat and cheese diets have been linked to a capacity for increased inflammation in the GI tract. The Harvard study supports the assertion that eliminating, or substantially reducing, the amount of meat and dairy products from our diet will reduce the inflammation-causing bacteria in our gut. And, that can only spell improved health from any of the inflammation-related illnesses, from arthritis and cancer, to depression and heart disease.

The research is still early but these findings help us to know why there are so many health benefits for humans who eat a plant-based or largely plant-based diet—it may simply be more harmonious with our microbiomes. A vegan or plant-based diet is high in fiber, high in water, high in anti-inflammatory compounds, high in antioxidants and many other nutrients. And, since great health truly does begin in the gut, it’s no surprise so many people who make the switch feel better for it. 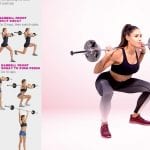 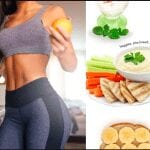