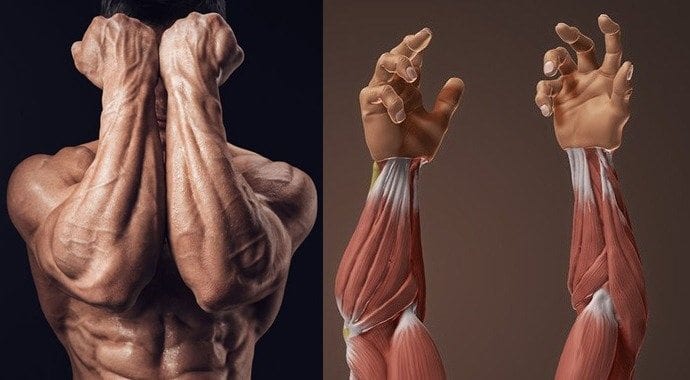 When people think of popular muscle groups to work in the gym, obviously the main examples include: the biceps, the chest, the back, the shoulders, triceps, and legs. Whilst training each one of those muscle groups is indeed highly beneficial, there are many other parts of the body that should also be trained, that sadly, most people tend to neglect.

The forearms for example, are incredibly simple to train, are very beneficial when trained, yet sadly, most people don’t really give their forearms a second thought when they’re pumping iron. Think about it. Unless you happen to be walking around in a vest all of the time, when you wear short sleeved shirts, your forearms are the part of your arms that are constantly on show. Having a weak and scrawny set of forearms can also make your entire arm look weaker and less impressive than it actually is, so building them up is absolutely vital. If you’re looking to build big forearms such as Calum Von Moger, take a look at these top tips and exercises that will help you to build a set of forearms that would put Popeye to shame.

Indirectly work on your forearms – Working the forearms alone can be pretty boring and pretty tedious, especially if you plan on doing it regularly, which is why it’s so important that you make sure that you indirectly work on your forearms, without even meaning to. Compound barbell exercises, for example, are absolutely ideal because as they’re compound exercises, they work with numerous parts of the body at once. By training your biceps by performing barbell curls for example, you get the added benefit of placing a great deal of strain and pressure upon your forearms as well, which in turn, causes them to respond to this stimulus and grow. There are many different exercises you can perform which indirectly benefit the forearms, sometimes it can be a simple case of adjusting your grip for example.

Farmers walk – The farmers walk is one of the easiest and most simple exercises to perform, yet it is one of the most gruelling in the process, and it is certain to give your forearms, one heck of a workout, that will leave them feeling more pumped than ever before. The farmers walk also promotes and enhances grip strength and is a popular exercise in strongman competitions. You will basically hold a relatively heavy dumbbell or Kettlebell in each of your hands, and, keeping your head up and your back braced, will simply walk whilst holding the dumbbells/Kettlebells, until you physically cannot walk anymore. It sounds easy, and to begin with, it will feel easy, but after several minutes/laps, the lactic acid will begin to build up, and you’ll begin to feel the burn in your forearms.

Trap bar carries – For anybody looking to build big forearms, trap bar carries are another integral part of any training regime. Similar to the farmers walk, the main difference here is that you load up the trap bar with heavy weight, and proceed to carry the bar until you reach failure. The bar allows you to carry much more weight than when using barbells or Kettlebells, which will improve stability, grip strength, and forearm size in the process. Simply load up the bar with weight, step inside, lift it up, and begin walking whilst holding the bar, again, keeping as straight and as stable as you possibly can.

Pull ups with towels – As far as bodyweight exercises go, pull ups are some of the most popular and beneficial exercises you could ever wish for. Whilst the pull up is most commonly associated with back training, by performing the exercise with a towel, your forearms also get one heck of a workout in the process. By gripping hard onto a towel instead of a bar, your forearms work harder than ever before. The reason for this is because you have to squeeze and crush the towel to pull yourself up into the air. Even if you’re a pull up veteran, don’t be shocked if you only get one or two reps with your first try with this exercise, as it is notoriously difficult. Basically, you will approach a regular pull up bar, and will wrap two towels around it, one on each side. By taking a towel in each hand, pull yourself up just as you would ordinarily. To make life a little easier, you may wish to use just one towel, and alternate sides.

Plate curls – Another exercise which is perfect for anybody trying to build big forearms is one known as the plate curl, or plate curls. Plate curls are ideal because they allow the fingers to really squeeze together as you grip the weight plates. Different weight plates have different grips, with some having holes, and others being pretty much completely smooth. If you alternate the way you grip each plate, your forearms will respond very well. Basically, to perform this exercise, rather than using dumbbells to perform a standard bicep curl, instead perform the exercise using a weight plate. If it feels easy, try using bigger and heavier plates. 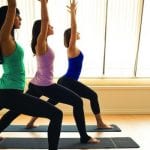 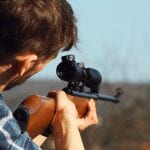