We all know that a good diet is hugely important to any training regime. Ever wondered how much elite athletes eat in comparison to regular humans?  Athletes, fighters and film stars have their diets strict to help them achieve their goals.

Diet of champions: forget 2,000-calorie diets, these sporting stars take eating to the next level. Here’s how many meals they eat, their daily calorie intake, how much meat they eat and what types of foods are on their plates. This is a useful guide to see how much you would have to eat to maintain a rigorous training schedule.

1.Obviously sitting right at the top of the list is strongman and actor Hafthor Bjornsson, who plays The Mountain in Game of Thrones.

Being ‘The Mountain’ in Game of Thrones and a strongman requires a ton of energy. Hafþór Björnsson consumes 10,000 calories across 10 meals a day, three of which are breakfasts. This calorific diet helps fuel his huge frame, making sure he’s ready for whatever the day throws at him.

The Mountain’s second breakfast: 400g beef with 400g sweet potatoes and a handful of spinach and greens

READ ALSO: At what hour do we eat, if we want to lose weight?

The Mountain’s first dinner: 500g beef with potatoes and greens

SEE: Train For Your Body Type

2. Thor’s hammer weighs heavy on Chris Hemsworth, so it’s no wonder he packs in a cool 6,000 calories a day with two breakfasts and two dinners. It’s all about the protein for this actor, combined with a gruelling workout routine.

SEE: These Things Are Damaging Your Back and Your Don’t Realize It

The Rock’s first lunch: 8oz chicken with 2 cups of white rice and 1 cup of veg

The Rock’s second dinner: 10oz cod with 2 cups of white rice and salad

READ: These Things Are Damaging Your Back and Your Don’t Realize It

Veganism may not scream macho, but the ‘Hayemaker’ scoffs seven meals a day with no meat or dairy in sight. It seems the former champ is onto a winner with a diet shown to fight heart disease and hit hunger where it hurts.

5. Whether it’s the 100 or 200, Bolt needs to be able to move like lightning. Protein is a must, with egg sandwiches and chicken for dinner all helping Usain stay quick on his feet whilst totalling a moderate 2,273 calories. 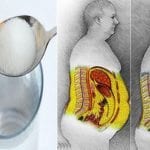 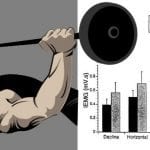