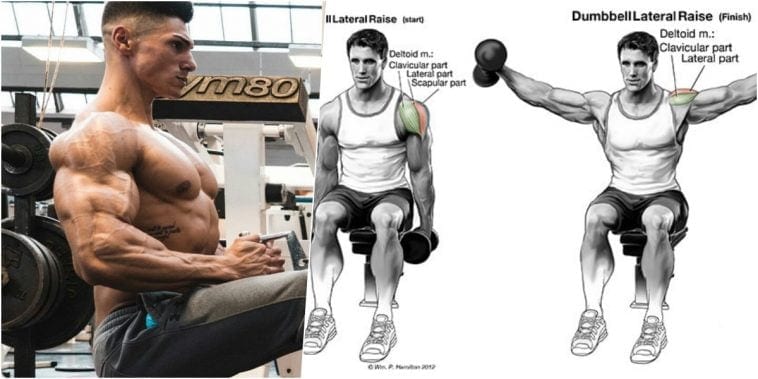 If you’re looking to develop an all round accomplished physique, then there is no doubt about it, the shoulders are an absolute focal point. The shoulders give the body that wide appearance and also make the hips/waist appear smaller, so they are certainly to be considered by both males and females in the gym.

The medial deltoid or otherwise known as the lateral head of the shoulder, is perhaps the most commonly trained part of the shoulder. Developing this part of the shoulder will give the shoulders a bulbous appearance and will carve out an impressive separation between the biceps and the triceps, therefore creating an image whereby the arms are bigger and more defined than they may well be.

An exercise that is massively effective in developing the lateral head of the shoulder is the lateral raise.

READ: The 9 Best Shoulder Exercises of All Time

When performed correctly, dumbbell raises can develop the lateral head of the shoulder so much so that you may as well be wearing a set of shoulder pads! Here are the key benefits of the dumbbell lateral raise;

Benefits of isolation movements include; easy to learn for beginners, safe, can single out injured muscles for rehabilitation, can even out muscular imbalances from a health perspective and an aesthetic perspective also.

Stabiliser muscles regularly play an underestimated importance in our everyday training patterns. Stabilisers are the muscles that will prevent supporting joints not being in an optimal position surrounding the working muscles. In short, the stabiliser muscles will keep your body stable during any isometric contracting movement you perform. Throughout the lateral raise, many stabilising muscles such as the levator scapula, mid trapezius and the wrist extensors. Three! Yes three, stabilising muscles applied in an isolation movement!

SEE ALSO: The Only 3 Exercises You Need To Do To Develop Monstrous Shoulders

A uni-lateral exercise is a movement that will only require one side of the body to be applied throughout, for example; single leg split squats, single-arm dumbbell row and in this case; the single-arm lateral raise. Uni lateral exercises should be a vital component to any training regime and everyone should try to incorporate at least one uni lateral movement for every session they do. Uni lateral exercises can strengthen stabilising muscles, improve muscular imbalances and also improve the body’s actual balance and stability.

The Dumbbell Lateral Raise – How to Perform

✓ Whilst standing up right and head facing forwards, grip one dumbbell in each hand.

✓ Ensure that your palms are facing towards your torso.

✓ At the top of the movement, your hands should be facing downwards in the pronated position. (Pronated = Hands Facing downwards, Supinated = Hands facing upwards kind of like holding a bowl of soup… Easy way to remember it, right!?)

✓ Once the dumbbells are parallel to the floor, keeping your body straight and head facing forwards; squeeze the applied shoulders and pause for 1-2 seconds.

✓ As this part of the movement has been completed, inhale your breath whilst slowly releasing the tension and lowering the dumbbells down to their starting position.

Don’t miss: Build Massive Shoulders By Hitting Them From Every Angle

✗ Using too much momentum

Swinging too much will take the tension away from the supposedly isolated deltoid and instead place tension on the surrounding muscles such as the arms, traps or chest. This leads us swiftly to the next mistake. Furthermore, swinging will cause injury and most likely lower back injury. To prevent this, reduce the weight.

Too often, gym users think that the lateral raise MUST be performed standing and therefore there is a strong likelihood that they will swing too much and use too much momentum when it is not required! By sitting down and performing the exercise, the upright bench is preventing the person from swinging back and fourth throughout.

✗ Lifting the dumbbells too high

Ensure that your arms are lifted parallel and no higher, if the dumbbells are lifted too high, then the tension will be shifted from the deltoids and onto the trapezius.

Don’t ever feel that your training is boring, when it is boring you, then stop – change it up now and again.

Whether it be the rep range, sets, style of exercise, equipment used, tempo. Keep your training varied, as long as progressive overload is occurring then there is no need for occasional variation to take place. 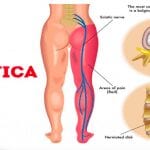 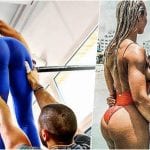