If you ever ask any pro bodybuilder and amator lifter what’s one of the best exercises for the upper-body muscles, you probably will get the answer chin-ups or pull-ups among others.

The terms pull up and chin up seem to be used interchangeably in a lot of gyms, however they are slightly different movements, targeting different muscle groups, and arguably have different purposes.  If you asked any intelligent trainer or strength coach to list the top 5 exercises the majority of the population should be doing, pull ups and/or chin ups (or lat pull-downs) will usually be on every list.

It’s just universally considered one of the best exercise variations for building muscle and increasing strength in the back and biceps. It’s also a common “test” exercise used to show you’re at a certain level of strength and physical condition.

The main purpose of this article is to show you the difference about the pull-ups and chin-ups, where and how to incorporate them into your workout schedule.

Pull-ups are notorious for being one of the most difficult bodyweight movements, providing an intense challenge regardless of strength levels. Challenge aside, the pull-up puts a huge emphasis on major muscles in the upper back like the lats. Build these guys up and you’re on your way to a wider torso and impressive physique. With so many variations, it’s hard to find out which one is best for your routine and individual goals. We broke down the two most popular variations – the pull-up and chin-up – and highlighted their differences in form and muscle activation.

A pull-up is an upper-body compound pulling exercise. Although it can be performed with any grip, in recent years some have used the term to refer more specifically to a pull-up performed with a palms-forward position.

The term chin-up, traditionally referring to a pull-up with the chin brought over top of a bar, was used in the 1980s to refer to a palms-away (overhand/pronated) grip, with a palms-toward (underhand/supinated) grip being called a “reverse-grip” chin-up.  In later decades, this usage has inverted, with some using “chin” to refer to a pull-up done with a palms-backward position. In spite of this, “chin” is still regularly used refer to overhand-grip.

Typically you’re just aiming for your chin to go above the bar, but sometimes you might need to pull higher and get your chest to the bar (chest to bar pull ups). A classic pull up involves an overhand grip, where your palm faces away from you, with your hands just outside of your shoulders.

This recruits primarily the back muscles (lats, traps, infraspinatus, erector spinae) but also the pecs, biceps and obliques. When to Do Pull-ups?

If you’re a free runner or climber, then an overhand grip is more transferable to your sport than an underhand grip (how many walls do you know of that have a handy bar to pull yourself up with?!). If you work in an office all day, or have poor posture from over-developed pecs and biceps, it might be better for you to use pull ups, where the grip will place more emphasis on your back.

MUST SEE: The 3 Best Old School Exercises For Back And Chest

If you lack flexibility in your chest and forearms to supinate your grip (so your palms are facing towards you, then pull ups may be the best option.

Pair them with chest exercises as an antagonist superset, or lat pull downs as an agonist superset. Add them as a finisher to your back day routine for that real V shaped back! 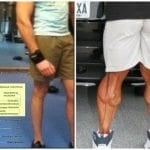 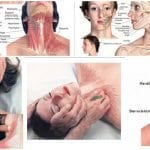