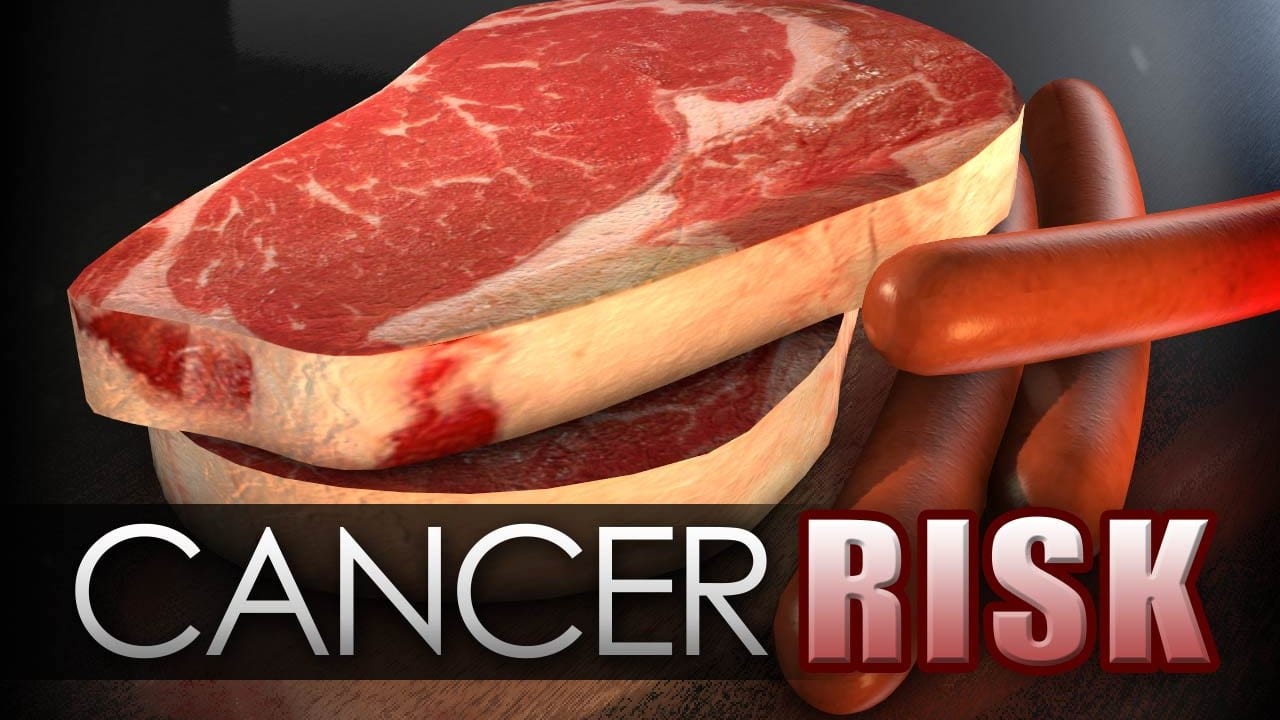 The International Agency for Research on Cancer (IARC), the cancer agency of the World Health Organization, has evaluated the carcinogenicity of the consumption of red meat and processed meat.

What are red and processed meat?

First, let’s clear up some definitions: Red meat refers to all types of mammalian muscle meat, such as beef, veal, pork, lamb, mutton, horse, and goat. Processed meat refers to meat that has been transformed through salting, curing, fermentation, smoking, or other processes to enhance flavour or improve preservation. Most processed meats contain pork or beef, but processed meats may also contain other red meats, poultry, offal, or meat by-products such as blood. Examples of processed meat include hot dogs, ham, sausages, corned beef, and biltong or beef jerky as well as canned meat and meat-based preparations and sauces The World Health Organization (WHO) put processed meats in the highest of five categories in terms of their cancer-causing potential, along with cigarettes, arsenic, plutonium and asbestos.

READ ALSO: 48-Hour Weekend Liver, Colon and Kidney Detox that Will Remove All Toxins and Fat from Your Body

How much meat should I eat?

The main thing you can do to cut the cancer risks of red meat is to eat less of it, as risk increases with the amount of meat consumed.

The WHO report found that eating just 50 grams of processed meat each day (that’s less than two pieces of bacon) increases the risk of colorectal (bowel) cancer by 18%. For red meat, 100 grams per day (that’s a piece of meat roughly the size of a deck of playing cards) was associated with a 17% increased cancer risk.

SEE: Sluggish Metabolism? Take this Supplement to Amp Up your Metabolism a Notch or Two

At the same time, red meat has nutritional value. Lean red meat can be an important source of iron, zinc, vitamin B12 and protein. In terms of cancer risk there is no reason to cut meat completely from your diet, but there are steps you can take to reduce your risk.

Therefore, how much is OK to eat? The World Cancer Research Fund recommends that you eat no more than 500 grams (that’s 18 ounces) of red meat a week; that’s about three regular-sized burgers.

READ: 7 Signs That You Have Kidneys Problems

Harvard Health recommends that red meat should only make an appearance in your diet only every “now and then,” and that instead, you should eat fruits, veggies, whole grains, beans nuts and seeds each day, along with small portions of cheese, yogurt, fish poultry or eggs each day.

The type of meat matters as well. The World Cancer Research Fund  (WCRF) advises that “very little if any” of the red meat you eat should be processed, and the WHO report classifies the processed meats as more dangerous than fresh red meat.

Consumers should also avoid searing their meat at high temperatures. This searing, has been shown to cause cancer. The reason: two chemicals, heterocyclic amines and polycyclic aromatic hydrocarbons, form on meat cooked at high temperatures, such as when you pan fry or grill directly over an open flame; both have been shown to cause changes in DNA that may increase the risk of cancer. To avoid this you  have to turn down the heat to less than 300 degrees Fahrenheit, flip meat frequently and avoid overcooking. 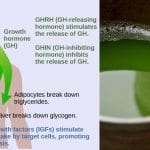 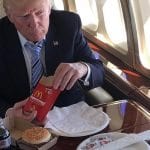