Bodybuilders have been chasing higher levels of human growth hormone (HGH) ever since they learned what it is capable of. HGH not only heightens the body’s lean muscle production, but increased levels of HGH can decrease the overall percentage of body fat and improve the level of cardiovascular health in a person.

Benefits also include better attitude, sleep patterns, and even sexual performance. Needless to say there are numerous advantages to HGH.

Produced by the pituitary gland, HGH is a naturally occurring bodily substance. However that production is not infinite, as it slows over the course of one’s life. That being said, there are of course methods in which one can give a boost to their Growth Hormone production and general levels.

READ: How To Increase HGH Naturally

Believe it or not, green tea happens to be one of those ways that one can increase their level of HGH.

The active ingredient in green tea is called epigallocatechin gallate (otherwise known as EGCG). In a recently conducted study by the Alternative Medicine Review, EGCG was shown to have a direct correlation on the body’s level of HGH. During the study, researchers made participants eat a diet that was calorie-restricted and included green tea products, with others using a placebo, all for a total of 90 days.

SEE: Eat 3 Egg Yolks per Day and Your Body Will Thank You

The results have shown that the participants who used the green tea for the 90 day period had increased their levels of HGH by an incredible margin of 320% compared to only 20% of those who used the placebo. The participants who were using the green tea product also had their IGF-1 (insulin-like growth factor) increase by 24% compared to only 15% with the placebo users.

The green tea users lost nearly three times as much weight as the placebo group as well. IGF-1 happened to be shown to be more reliable than HGH when it comes to detailing changes in hormones. That being said, both IGF-1 and HGH levels were increased when green tea products were used.

The results in the study did take somewhat of a long time to appear though, only showing up until around the end of the study time limit (90 days). So when it comes to green tea and HGH levels, just as with training and diet, consistency is the aim here. 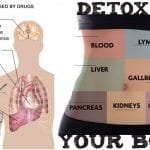