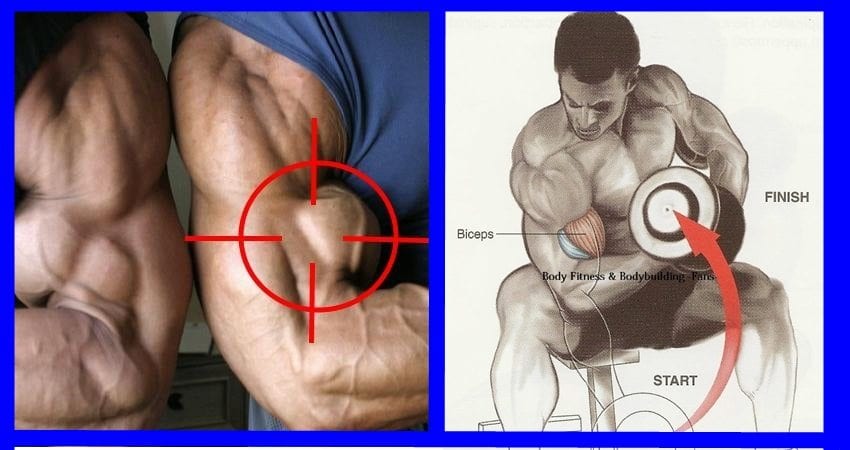 Well,  summer is gone by now,  and the good old “sun’s out, guns out” motto loses its meaning.  But, sleeveless or not, there is no reason why you shouldn’t hit hard your biceps…arms season is all year around! Ok, you would say, but what  are the best 3 exercises for bigger biceps?

Continue on reading below and you will find out how to get a bigger biceps and a mountain peak. After chest, the biceps is probably the most popular muscle group amongst lifters. Whether you agree or not, you have to admit that there is something alluring about bulging biceps, especially a well developed biceps peak. And in order to get them to fully develop as fast as possible, you’ll need to abandon your traditional ways and think outside of the box. So without further ado, here are three unique and intense exercises that are guaranteed to give you the superhero biceps peaks of your dreams:

This tool in our golden 3 bicep exercises, arguably stretches the biceps like no other movement you can think of. The inclined seated dumbbell curl takes advantage of the length-tension relationship, resulting in powerful, growth-stimulating muscle contractions.

Because of the elbow position (drawn back and away from the body), the outer, long head of the biceps (which inserts just above shoulder joint) does most of the work here. You probably want to focus on the long head of the bicep most as it is the most visible! Unless you have a habit of hitting a double biceps pose every door you step your foot in. It is worth mentioning that the bench should be set to a maximum of 45°, using lower angles (flatter bench) will allow for a greater stretch but will also increase your risk of injury, making it likely to cause inflammation of the long head’s tendon. This can also be the case when using a weight that is too heavy whereby this inflammation is often perceived as shoulder pain.

MUST READ:  Three things that you did NOT know about biceps

The best way to perfect your peaks is by giving more attention to eccentrics, which allow for preferential fast-twitch muscle fiber recruitment and prolonged time under tension. Multiple studies have found that eccentric contractions are an untapped source of insane muscle growth.

So instead of just slowing down during the negative portion of the rep, you can benefit a thousand times more from deliberately accentuating it. And there is no better way to do it than with the one-arm eccentric barbell curl, originating from the masochistic mind of Charles Poliquin. Start by sitting or standing behind a preacher curl station. Rest your upper arm on the pad in front of you while keeping your arms supinated. Begin at the top position of the curl, then slowly lower the bar with one arm over an 8-second count.

Pause briefly, then have your training partner help you back up or just use your free hand to complete the concentric part of the movement. Poliquin recommends doing 8 sets of 3 reps with 2-minute rest periods in-between sets, but we’ll leave that decision up to you.

GET NOW THE EBOOK “GET GUNS” TO BUILD AMAZING ARMS!

Concentration curls is an often misunderstood exercise that is believed to shape the peak of the biceps, rather than add size. Unfortunately the actual shape of the biceps is determined by genetics – all you guys out there CAN have bigger guns… but it depends on Mother Nature if they will be flat like a flounder or peaked like a mountain. Nevertheless, concentration curls are an amazing exercise to bust the long, outer head of the biceps and really isolate the muscle. The reason for this is concentration curls take away any shoulder movement and remove bouncing weight out of the equation.

The important thing to consider when performing concentration curls is the correct position of the elbow, which should be dug into the inner thigh rather than rested on top of it (common mistake among many lifters). If you find that you cannot lower the dumbbell all the way down without touching the floor simply lift your heels up – at the same time make sure not to hyper-extend (overstretch) the biceps… because this can lead to an injury.

CONCLUSION: Here you have the top 3 best exercises to build bigger and better biceps (biceps peaks included). You need to take good care at the proper form, the perfect weight and never forget to warm-up. 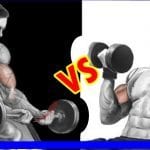