Everybody knows that caffeine is a good preworkout stimulant. All preworkout supplements are caffeine based, and they actually work. I myself always drink a good cup of coffee to start my day and another one to kick myself to the gym! BUT WHAT ABOUT CAFFEINE POSTWORKOUT RECOVERY?

But how many of you knew that caffeine is great for postworkout? Read below to find out all the benefits of caffeine. Learn why you should consume caffeine postworkout!

You know what a cup of coffee or spot of tea can do for an afternoon slump. Not surprisingly, it does the exact same for your workout. “Caffeine simply makes us feel better so that we can soldier on with our activities for longer before our productivity, concentration, or motivation wane,” says Louise Burke, one of the world’s leading researchers on how caffeine affects physical performance. Drink coffee, slurp a caffeinated gel, or have flat soda (carbonation can cause stomach upset), and your mental focus will also double, says Burke, giving you the self-discipline to hit the gym…and stay there.

Also, caffeine is just perfect during your workout. It stimulates your body to work harder. Not only will you be happier during a workout, you’ll also be stronger if you get your caffeine on before exercising. Recent research shows that using caffeine before a workout can help your muscles produce more force. Here’s how it works: Caffeine lowers your body’s levels of adenosine – a substance that builds up in your muscles during exercise and causes them to contract less forcibly. If you have less adenosine, you’ll have stronger muscle contractions and you’ll produce more force, whether you’re running, cycling, shooting hoops, or lifting weights.

READ ALSO: LOSE 10 POUNDS IN ONE WEEK WITH THESE INGREDIENTS

A recent study was conducted, and here’s what they found:

“If you have 66% more fuel for the next day’s training or competition, there is absolutely no question you will go farther or faster,” said Dr. Hawley, the study’s senior author. Caffeine is present in common foods and beverages, including coffee, tea, chocolate and cola drinks.

The study was conducted on seven well-trained endurance cyclists who participated in four sessions. The participants first rode a cycle ergometer until exhaustion, and then consumed a low-carbohydrate dinner before going home. This exercise bout was designed to reduce the athletes’ muscle glycogen stores prior to the experimental trial the next day.

READ ALSO: THIS HAPPENS TO YOUR BODY IF YOU EAT 3 EGGS DAILY

The athletes did not eat again until they returned to the lab the next day for the second session when they again cycled until exhaustion. They then ingested a drink that contained carbohydrate alone or carbohydrate plus caffeine and rested in the laboratory for four hours. During this post-exercise rest time, the researchers took several muscle biopsies and multiple blood samples to measure the amount of glycogen being replenished in the muscle, along with the concentrations of glucose-regulating metabolites and hormones in the blood, including glucose and insulin.

The drinks looked, smelled and tasted the same and both contained the same amount of carbohydrate. Neither the researchers nor the cyclists knew which regimen they were receiving, making it a double-blind, placebo-controlled experiment.

The biggest revelation in recent caffeine research, is that you don’t need to slug six cups of coffee before your workouts to have a body-blowing effect. “We used to think that caffeine needed to be taken in a fairly high dose, about an hour before a workout. But these days, we know that caffeine is far more versatile – it can work just as well in a whole range of protocols.” What this means in the real work, she says, is that you’ll still get as a big of a boost if you have one cup before the gym. You can also improve your performance by taking caffeine almost any time before your exercise – and even during your workout. So which type of caffeine is best? She says that doesn’t matter: “Caffeine is caffeine whether it comes from a sports gel, a coffee, an energy drink, or a caffeine pill.” So choose the source you like, and experiment with timing to find out what works best for you. If you have blood pressure or heart rate problems, speak with your doctor before using caffeine as a performance enhancer. 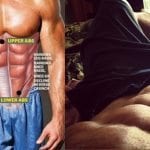