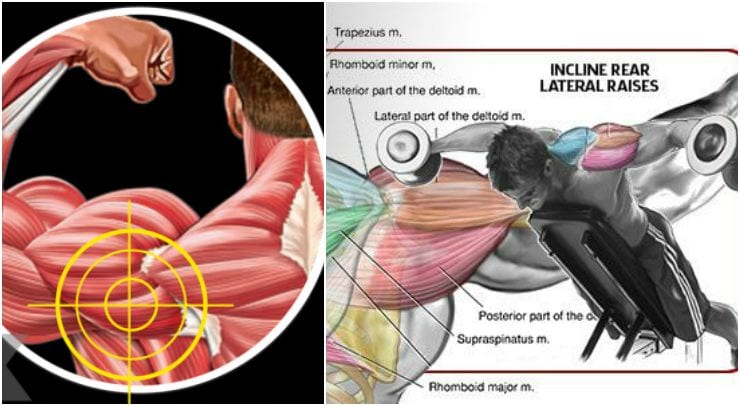 With all the attention paid to building up your pecs, your front delts are probably quite formed too. Plus to further the illusion of a small waist, you are probably doing all kinds of middle-delt moves.

Your rear delts, the ones you can’t see in the mirror, are so underdeveloped that you’d a need a microscope to spot them, this is what we need to focus on.

Imbalance among the three deltoid heads can lead to significant rotatory cuff problems. Those front caps are likely pulling your shoulders forward, which is perfect if you want to have a bad posture and walk hunched and uncomfortable.

To start, you’re going to have to abandon the ”what-you-can’t-see-in-the-mirror-can’t-hurt-you school of training”. You will need to start adding dedicated exercises and make strategic decisions about how to increase the mass in your rear delts. Whether it’s a stubborn area by nature or just lack of training, these eight tips will help you balance and prioritise your delts. 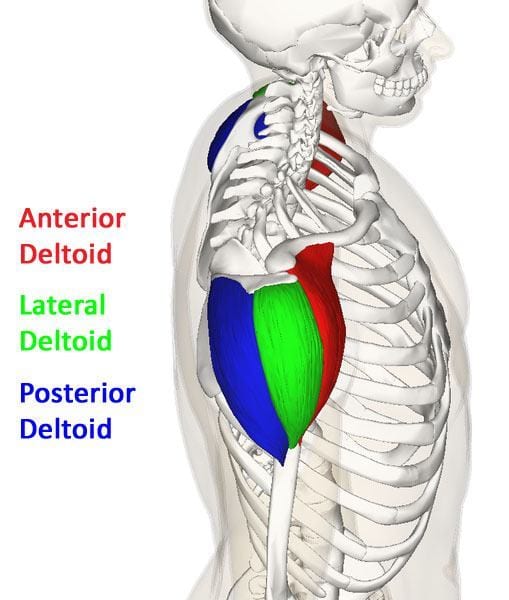 1. Train Rear Delts After Your Back Training – Consisting Of A Lot Of Rows

This is one of those items bodybuilders know about but few less-experienced understand because often they’re preoccupied with segmenting workouts purely by body part.

SEE: The Only 3 Exercises You Need To Do To Develop Monstrous Shoulders

Think about how you do reverse flyes on the pec deck machine. Now bend over; this motion isn’t dissimilar to how you do bent-over rows or T-bar rows supported against a bench. They hit the middle traps, rhomboids and rear delts quite well.

That’s why it’s important to remember that many exercises, especially multi joint ones, are not good at isolating particular muscle groups. Multi joint exercises recruit a number of secondary, assistance muscles. Many rowing motions do just that with the rear delts.

Your rear delts are already getting a heckuva workout on back day. So why not add one or two dedicated rear-delt exercises at the end of your back workout to finish the job? Many top bodybuilders already use this approach.

If you’re doing back and shoulders on consecutive days in the gym, you’re probably not giving your rear delts enough rest between workouts. You’ll want to separate those training days by at least 48 hours.

MUST READ: Build Massive Shoulders By Hitting Them From Every Angle

2. Train Rear Delts Twice Over The Course Of Your Training Split

You can also double up your rear-delt workouts (not your entire shoulder workouts) over the course of your training split. As long as you work enough rest days in and pay attention not to train back and shoulders on consecutive days, this approach can work because the rear delt isn’t a particularly large head.

Rather than duplicating the rear-delt exercises you do in each of your workouts, the better approach would be to vary them. In addition to exercise choice and equipment, you can create variety through rep ranges, intensity-boosting techniques, volume ranges and rest periods. For optimal results, try manipulating several variables so that the rear delts are being worked in multiple ways.

The delt head that you work first, when your energy levels are highest, is the one that will improve the fastest. I’m not asking you to ditch the overhead press. But because that exercise does a much better job building the front and middle delts, depending on whether you lower the bar in front of or behind your head, you need to hit your rear delts immediately after to bring them up.

One option is to do a rear-delt single-joint isolation exercise before working the middle and front delts. This way, the rear delts get the priority among the single-joint movements after you do your presses.

READ: One Exercise For Massive Shoulders

Another alternative is to take a pre-exhaust approach and do a single-joint rear-delt move first, before the multi joint pressing move. You might sacrifice a bit of strength on your presses but you’ll be strong enough to attack those rear delts.

Single-joint exercises are not the best mass-builders, but you can at least use the best of the batch. The bent-over dumbbell lateral raise, which generates a bit of momentum through your lower body, is one of your best options.

You also need to pick the right rep range. Never go too heavy with single-joint exercises, as they can put undue pressure on a joint. Choosing a weight at which you fail on the lower side of the 8-10-rep range is a solid muscle-building option.

Just make sure you take each set to muscle failure—the point at which you can’t complete any more reps using good form.

5. Do A Second Rear-Delt Exercise Later In Your Workout

No limits for you to just a single isolation movement for rear delts, so hit them again in the same workout. You just don’t want to work them in the exact same manner, so choice of equipment and rep target become important.

If you did bent-over lateral raises with dumbbells first, try standing cable reverse flyes or high pulls on the cable. To work the target musculature in a slightly different manner, pick a weight that you can do for 10-12 reps instead.

SEE: The 9 Best Shoulder Exercises of All Time

Working the rear delts at more than one angle and one relative intensity will produce more growth.

There you have it! Give these tips a try and build up those shoulders! 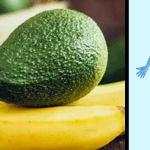