Lactose intolerance is the inability of adults and children to digest lactose, a sugar found in milk and to a lesser extent dairy products, causing side effects.

It is due to a lactase deficiency, or hypolactasia. In extremely rare cases, mainly limited to Finland, individuals have congenital alactasia, a total absence of lactase caused by a genetic defect, which prevents them from being able to digest lactose from infancy, including breast milk.

Lactose intolerant individuals have insufficient levels of lactase, an enzyme that catalyzes the hydrolysis of lactose into glucoseand galactose, in their digestive system. In most cases, this causes symptoms which may include abdominal bloating and cramps, flatulence, diarrhea, nausea, borborygmi (rumbling stomach), or vomiting after consuming significant amounts of lactose. It is common for patients with inflammatory bowel disease to experience gastrointestinal symptoms after lactose ingestion, although the prevalence of lactase deficiency in this population has not been well studied.

Lactose intolerance means the body cannot easily digest lactose, a type of natural sugar found in milk and dairy products. This is not the same thing as a food allergy to milk. When lactose moves through the large intestine (colon) without being properly digested, it can cause uncomfortable symptoms such as gas, belly pain, and bloating. Some people who have lactose intolerance cannot digest any milk products. Others can eat or drink small amounts of milk products or certain types of milk products without problems.

Lactose intolerance is common in adults. It occurs more often in Native Americans and people of Asian, African, and South American descent than among people of European descent.

A big challenge for people who are lactose-intolerant is learning how to eat to avoid discomfort and to get enough calcium for healthy bones.

Healthy people with lactase nonpersistence are able to consume at least one cup of milk without developing symptoms and this tolerance is improved by consuming the milk with a meal (preferably lactose-reduced milk), adding lactase supplements, or replacing milk by yogurt or hard cheeses.

Lactose intolerance occurs when the small intestine does not make enough of an enzyme called lactase. Your body needs lactase to break down, or digest, lactose. Lactose intolerance is a consequence of lactase deficiency, which may be genetic (primary hypolactasia and primary congenital alactasia) or environmentally induced (secondary or acquired hypoalactasia). In either case, symptoms are caused by insufficient levels of lactase in the lining of the duodenum. Lactose, a disaccharide molecule found in milk and dairy products, cannot be directly absorbed through the wall of the small intestine into the bloodstream, so, in the absence of lactase, passes intact into the colon. Bacteria in the colon can metabolise lactose, and the resulting fermentation produces copious amounts of gas (a mixture of hydrogen, carbon dioxide, and methane) that causes the various abdominal symptoms. The unabsorbed sugars and fermentation products also raise the osmotic pressure of the colon, causing an increased flow of water into the bowels (diarrhea).

READ ALSO: Clean Your Lungs With The Best Detox Smoothie

The LCT gene provides the instructions for making lactase. The specific DNA sequence in the MCM6 gene helps control whether the LCT gene is turned on or off. Possibly several thousand years ago, some humans developed a mutation in the MCM6 gene that keeps the LCT gene turned on even after breast feeding is stopped. People who are lactose intolerant do not have this mutation. The LCT and MCM6 genes are both located on the long arm (q) of chromosome 2 in region 21. The locus can be expressed as 2q21. The lactase deficiency also could be linked to certain heritages. Seventy-five percent of all African American, Jewish, Mexican American, and Native American adults are lactose intolerant. Analysis of the DNA of 94 ancient skeletons in Europe and Russia concluded that the lactose tolerant mutation appeared about 4,300 years ago and spread throughout the European population.

MUST SEE: The Grape Diet: Lose Weight and Detox Your Body

Signs and Symptoms of lactose intolerance

The principal symptom of lactose intolerance is an adverse reaction to products containing lactose (primarily milk), including abdominal bloating and cramps, flatulence, diarrhea,nausea, borborygmi, and vomiting (particularly in adolescents). These appear one-half to two hours after consumption. The severity of symptoms typically increases with the amount of lactose consumed; most lactose-intolerant people can tolerate a certain level of lactose in their diets without ill effects.

Symptoms of lactose intolerance can be mild to severe, depending on how much lactase your body makes. Symptoms usually begin 30 minutes to 2 hours after you eat or drink milk products. If you have lactose intolerance, your symptoms may include:

– Bloating.
– Pain or cramps.
– Gurgling or rumbling sounds in your belly.
– Gas.
– Loose stools or diarrhea.
– Throwing up.

How is lactose intolerance diagnosed?

A doctor can usually tell whether you have lactose intolerance by asking questions about your symptoms. He or she may also ask that you avoid dairy products for a short time to see if your symptoms improve.

Sometimes doctors order a hydrogen breath test or a blood sugar test to confirm the diagnosis. These simple tests check to see if you are digesting lactose normally.

How is it treated?

There is no cure for lactose intolerance. But you can treat your symptoms by limiting or avoiding milk products. Some people use milk with reduced lactose, or they substitute soy milk and soy cheese for milk and milk products. Some people who are lactose-intolerant can eat yogurt without problems, especially yogurt with live cultures. You can also take dietary supplements called lactase products that help digest lactose. In time, most people who have lactose intolerance get to know their bodies well enough to avoid symptoms.

One of the biggest concerns for people who are lactose-intolerant is making sure they get enough of the nutrients found in milk products, especially calcium. Calcium is most important for children, teens,pregnant women, and women after menopause. There are many nondairy foods that contain calcium, including: 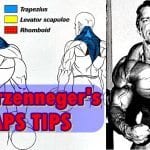 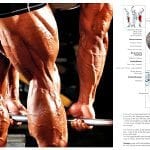